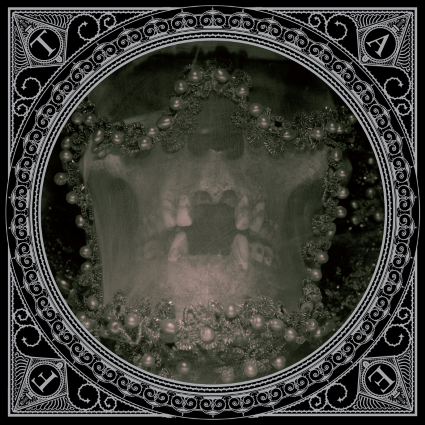 What happens on Tombs new album should not come as a surprise considering how they have evolved with each album. The last album might not have been as dark as the previous, but Mike Hill and company continue to evolve. With the inclusion of Fade Kainer into the fold on "All Empires Fall" it made me think the industrial influence that has lurking under the surface would rise like Godzilla. This is not the case. They make it clear the metal isn't going anywhere. They kick the fucking door down with a neck crushing riff on the opening instrumental "the World is Made of Fire". They lash into something closer to straight up black metal for "Obsidian". It's not just full blast ahead. These guys have more tricks up their sleeves. Does Kainer's synths bring another sonic layer? Yes, but it doesn't compromise their sound. 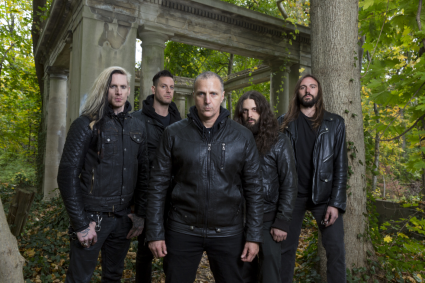 The darkness rolls in on "the Last Day of Sunlight". This finds the band reaching the next level. Hill comes in with a low croon. The music slither around him in an almost exotic death rock fashion. We have heard this side of the band before, here it is just more fully embraced. Tribal drumming lead into the bass driven beginning to "Deceiver". Here the band fuses the two sounds into something dark and heavy with a ton of crunch to it. The verse riff has almost of Motorhead feel before going into the more chugged chorus. I had already heard "V" which finds them blending their dark side perfectly with the more metal muscle of their sound. I didn't even have to keep score on this one it gets a 10, this is what I want out of music. The only thing wrong with this release is the fact it's an EP rather than a full length, because it leaves me still wanting more.

This album is being released on Relapse Records April 1st.
Posted by Wilcifer at 5:29 PM