Walls of Jericho : "No One Can Save You From Yourself" 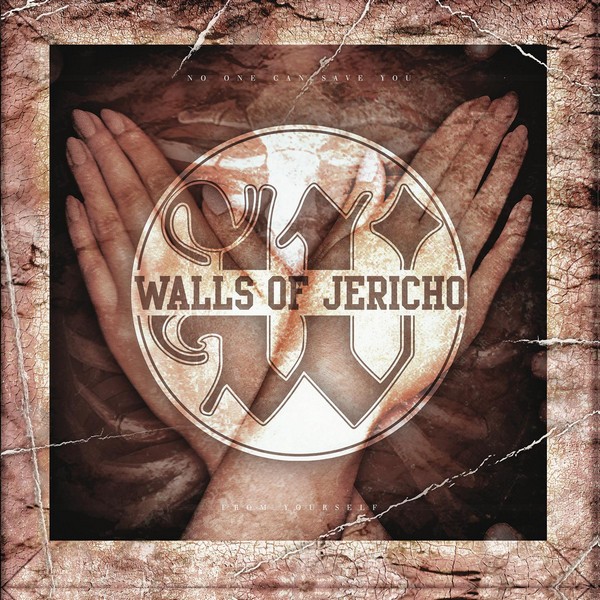 17 years ago I caught this band live. Since then they got caught up in the whole Myspace metal thing, though this just gave them a bigger budget to work with. The band seems to have maintained their integrity and sound very similar to how they did 17 years, even after their singer appeared in the hottest chicks in metal issues of Revolver.Their first album in eight years  opens pretty much just like any metallic hard core album with a stomping declaration of anger. When it speeds up they lose some of the fury. The title track that follows stays close to this formula with plenty of gang vocals chiming in. The chug of the riffs works a little better here and they hint at breakdowns.They don't really hit their stride until "Militant". Hardcore has taken after Converge's footsteps and moved in a darker direction, this is not the case with Walls of Jericho they are following a path more closely related to Sick of It All. "Fight the Good Fight" checks off all their obligations as a hard core band with a more metal production value. 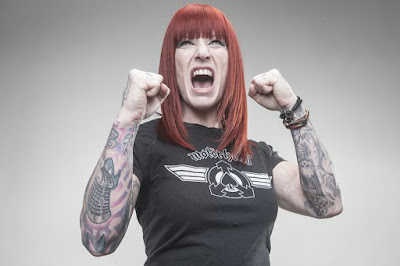 Vocalist Candace Kucsulain barks with the best of the boys. "Cutbird" finds the band indulging in their more metallic side, though her vocals really only vary in where she places her bark, up until she actually sings to some extent. This little melodic tweaking to her delivery makes all the difference in the world. They bring a pretty powerful beating to "Relentless". The verses find it in the run of the mill hard core temper tantrum. The drummer proves him self with the hammering here. Lyrically it's pretty typical struggle vs strength with a cheering section of tattooed tough guys. The opening riff to "Damage Done" has a Anthrax like thrash feel to it, but then takes off into more of punk tempo and the rest of the song reminds me of something off of a post-90s Slayer album. Well done but not really breaking any new ground. The bass sets the stage a shade darker on "Reign Supreme", the guitar makes the mood rather short lived as they take back off into the stompy thrash.

One of the common themes to this album is the intros to these songs offer a really good set up, but by the time they kick into the verse, half the time the air is let out of the tires by speeding up into what every other hardcore band and their brothers have already done. Walls of Jericho do a good job of perfecting this formula, but it's way too familiar. "Anthem" is not a cover of the Rush song. Instead it's a speedy shout out that throws the mic out into the audience while the lawn mover dance kicks in. The gang vocals get crazy, but actually add to the dynamics of "Beyond All Praise". But like Spinal Tap says "Once you are at ten where else is there to go?". She sings again when they close the album with a convincing cover of Concrete Blonde's "Probably Will". I'll give this one a 7.5, they pull off their era of hard core with a masterful touch, but a little more growth aside from the excellent would have been good, if you are a fan this will be a welcome return, I've just been here and done that.

Email ThisBlogThis!Share to TwitterShare to FacebookShare to Pinterest
Labels: "No One Can Save You From Yourself", 7.5, album review, female fronted punk, hard core, metal core, Walls of Jericho