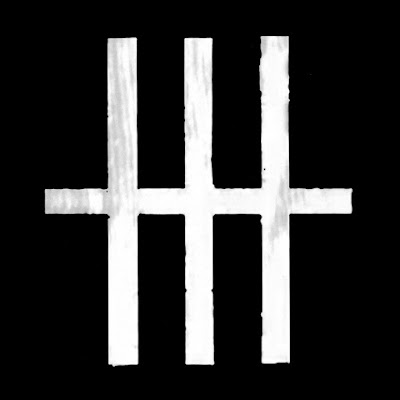 This album is going to push this band to the forefront of whatever scene they have been bubbling underground in. There is a bounty of  dissonance and angular fury coloring the opener. Blast beat boil beneath the crazy, but these guys are still smart enough to give you room to breathe even amid the scathing vocal screams that seem to have no other intention than lashing out at you. This balance of chaos with brooding atmosphere is not as tightly coiled around the song on "Endless  Craving" as it is the opener. There is a foreboding sense of emotional disturbance lingering here. After the four and a half minute mark things begin to get darker. "Flail in the Bliss" feels like Converge getting mixed up with Deafheaven. I get midway into "Lowlifer" and I still haven't formed an opinion of it. The myriad of styles colliding include hardcore and grind core, but their is a Deathspell Omega influence twisted around it.

The guitars reach out like jagged fingers desperately clawing for you on "Svn in Your Head". The low punishing punches pave this descent into hell and the tempo is perfectly paced for it. It never really congeals into an actual song , but it pretty powerful of a statement in it's own right. The more unbridled storm of "Aimless Roaming" doesn't hold the same urgency in it's whirl wind. They have more of a blackened hardcore anguish roaring into this one. The screams are very emotive and not just a monochrome hatred being spewed. The spastic speed of "Mvrk Diving" goes straight for the throat and throw all the nuance they have displayed up until this point out the window. This song doesn't reach for redemption until four minutes in when it hangs on the chords. They blast they throw in at the end feels like overkill to me, because by that point you get what they can do.

There is a lot of promise in this band. The drummer is a possessed monster of a player, which really gets pushed into view at the end of the final song. The guitar players are more about serving the songs with the tones they paint them with. At times it's like evil inverted shoe-gaze because of the sonic quality. I'll round this up to an 8 as I like what these guys do. I to hear the creepy melodic side pushed to the forefront of their sonic sprawl.