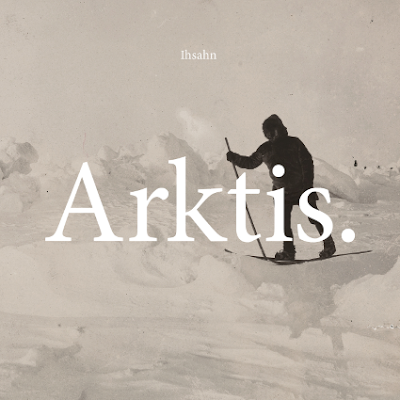 Ihsahn has brought back the metal is back in a big way on his 6th solo album.  You won't forget Ihsahn was in Emperor. I suppose he felt he took the experimentation as far as he could without losing sight of where he came from. This makes for an album that is in line with his earlier solo work. Captures more of an Opeth like feel...that is when Opeth actually played metal.The electronic elements are still there just set back behind the guitars. The guys from Leprous are still around with  Einar Solberg, helping out with vocals . I really like the melody that closes in on the song's three minute mark. If you are going go from growls to clean vocals this is the way to do it. "Mass Darkness" finds Matt Heafy from Trivium stepping out of the where are they now files to lend a hand in the shredding department.  It's a darker more ominous song. He is back in full force with the harsher vocals.

There is a punchy almost Deep Purple like riff to "My Heart is of the North" . It really goes into an unexpected place, that almost made me think it was another song. If you think prog is about wanking then you need to learn something and give this album a listen. That's not to say Ihsahn doesn't flex his chops and he has them as one of metal most under rated guitarists. I'm not even going to tell you what happens at the three minute mark. The keyboards on this album are on point and production wise everything is dialed in perfectly. Things take a much darker turn into more Skinny Puppy direction on the incredible "South Winds" which still finds electronica in play but being used in context of what Ihsahn does best. The Opeth like clean vocals do show up, but somehow it all meshes. "In the Vaults" finds more of a tug of war between the influence of black metal and prog metal. The prog wins out.

"Until I Too Dissolve" finds him fighting off the Dream Theater temptation. The awesome chorus of "Pressure" is what really brings it all home and pulls the twisted verses together. "Frail" really takes the concept of being a musical oddity in the right direction.  The Nordic Shining's Jorgen Munkeby to chime in on" Crooked Red Line" . It's cook to hear him play something less spastic than his band, there is more straight up jazz to the melodies here, though it's worked smoothly into the type of dark thinking man's metal that makes up this album.  They balance is tipped into straight up balladry on "Celestial Violence". It kicks in right on time a minute and a half into it, which any longer would have wandered into power ballad territory. When the clean vocals come back in they prove you can really sing in 2016 and still have a sense of commanding power without coming across like you are in Primal Fear. For the sake of this review I am not going to count the bonus track which is the weird spoken word "Til Tor Ulven", it sounds like something from the Metallica & Lou Reed "Lulu" album. The rest of the album kicks ass and finds him back in fine form I'll give it a 10.