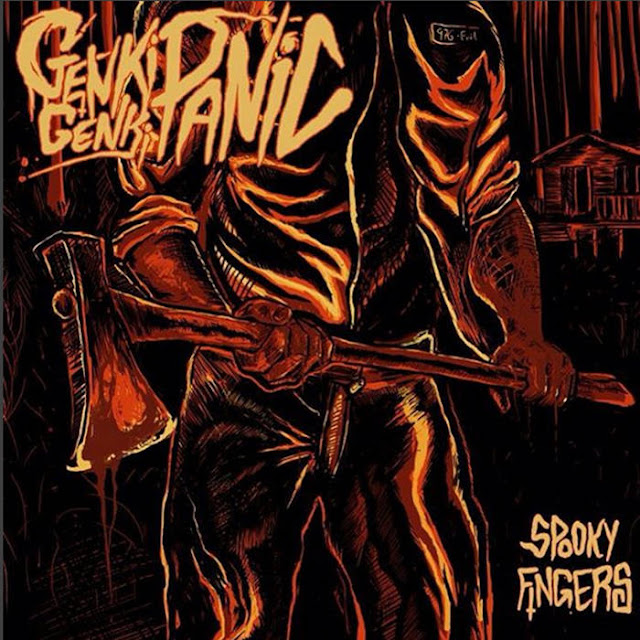 To say this is straight up surf rock would be an exaggeration as it attack with a more metallic propulsion than Dick Dale or Link Wray, though both guitarists have been mentioned in talks regarding where did metal come from. Music aside I love the fact this project uses one of the screen from the game "Zombies Ate My Neighbors" as the background of their Bandcamp page. I once had a very diabolical experience playing that game on acid, so props for that. Horror is an inspiration for what they do, but an instrumental entitled " Two Girls, One Casket" is certainly clever it feels a little upbeat to be telling that story. Things get darker for "Desecration". The guitar is more atmospheric and adventurous taking on more of a solo in places. This is one of the albums strongest songs.

There is more of a "Wipe Out" shuffle to "Phantom III "37" for some reason the groove midway into this song reminds me of Secret Chiefs. It is a little more Twilight Zone like than the previous songs. They first riff I hear that is actually eeire is on the last song "When Bats Cry" it descends into something more rock n roll. Granted when it comes to creepy you are talking to someone who is an old goth from way back, so you better really bring the Halloween if you are gonna come at me like that bro. When you say horror around me, you have to realize the bar is raised pretty high. They might have Famous Monsters adorning the banner of there page, but I have heard plenty of records more steeped in horror than this one. I think that this band could benefit from the use of some Monster Mash like vocals to really connect to the horror if that is where there fiendish hearts truly lie. I appreciate where they are going with this and while this is not an album that is normally in my wheelhouse, I think they did an excellent job in pulling these songs off even if they didn't give me a chill, held my attention and entertained me. I'll give this one a 9.