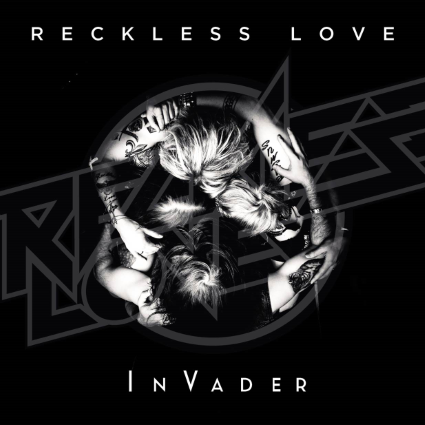 I grew up listening to cock rock. So I have been there and done this.  With band's like Vains of Jenna in early 2000's it threatened to make a comeback, but that had the breaks put on it and even Buckcherry has since been forgotten. These guys are making a more blatant pop stab at the genre. It's more like Pop Cock or even Pop Tarts here than Motley Crue. They have some arena gang vocals and shred solos. The song writing feels like Def Leppard, who is fun music, so these kids are onto something. My only qualm is the sheen of sterile plastic that gelds some of the sleeze from these songs. I can't complain with the Britney Spears influence that surfaces on "Monster", because I don't hear much fusion of boy-band pop with 80s hair metal.

It makes sense that they hail from Finland which is the same country that brought us the love metal of H.I.M. So if you took all the goth out of H.I.M and replaced with Britney Spears you would have these guys. Granted a sound that is not for everyone. The lighter tone to "Child of the Sun" is too One Direction, even with the few tastes of Aqua like Euro pop that are thrown in."Bullettime" finds the closer to the Sunset Strip circa 89. Def Leppard still being the most obvious influence despite the slick chorus.  The keyboards that open "Scandinavian Girls" sets the tone for them to head into a much poppier place. Lyrically it touches on the place spoken of in Spinal Tap... the fine line between clever and stupid. The odd coupling of pop dynamics works for them on "Pretty Boy Swagger". This formula really varies on a very fragil song by song basis , as the balance of pops tips the scales on "Rock It " and it doesn't work as well.

Some of the elements are in place on "Destiny" but then they go and blow it on the chorus. However  if you are a typically a fan of Steel Panther, then it might work for you. But the production strikes me as being a bit Linkin Park. They hit their most metal moment on "Let's Get Cracking", but then the chorus is too happy which is the same reason, I'm not the biggest Van Halen fan either. I can also hear some Ratt mixed into the vocals, but the Van Halen wins this tug of war. The riff to "Keep It Up All Night" sounds like it could have been played by Zakk Wylde, but the almost Jap-pop glee of the chorus flushes  any hope down the toilet. Sometimes this hybrid works, but it's more often too happy for me than no I'll give it a 6.5.