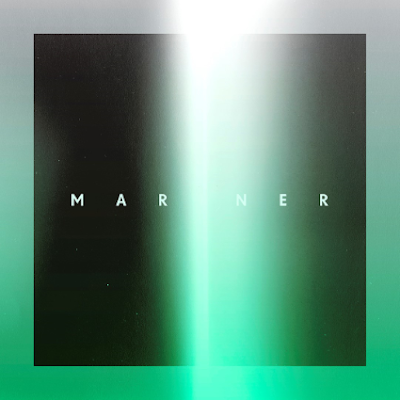 On the 8th release by this band I think it was high time they did something to switch it up a bit so the same old sludge didn't get stale. The first song stays fairly close to home. Though they have opened up a more expansive sound with a greater range of melody. Christmas sings the same refrain over and over again almost in the background. So this is still very much Cult of Luna's show. Julie does make her self known to a greater extent on the second song. The two different styles of vocals collide a few minutes into "Chevron" after she has already laid down an almost poppy vocal. This song does go in a somewhat darker and more angular direction, which are two key components to quality music in my book. The sludge thing is still there and playing it pretty straight when they dig into that direction. So it's up to Christmas to get weird. In the songs final minutes it spaces out more like Bjork.

The two hit their stride on "the Wreck of S.S Needle". Her voice gets more aggressive and then they relax back into the verse where she has more of a pixie croon. This hits a fine balance of melodic nuance and sonic dynamics. "Approaching Transition" has a more languid pace. Christmas takes a breather as Cult of Luna's singer approaches this song with an effects drenched croon that has more in common with Pink Floyd, if Roger Waters was even more depressed than he was on the Final Cut. after the slow-core post rock it builds into a more Neurosis like heaviness.

They close out the album with the 14 minute "Cygnus". They waste no time including Christmas as her vocals open the song. The riff it kicks into is pretty cool. When the harsh vocals come in, it's hard to tell if it's her or not. Then a weird proggy guitar part starts noodling over it all. She croons calmly along until everything explodes at the nine minute mark. Overall this album is a success. I'll round it up to a 9.5. While some of the songs might go to excess in terms of length, they keep my attention . There is not a fast forward classic on this one, some points are just more powerful than others, but it all balances out.

Email ThisBlogThis!Share to TwitterShare to FacebookShare to Pinterest
Labels: "Mariner", album review, Battle of Mice, Cult of Luna, experimental, Julie Christmas, made out of babies, post-rock