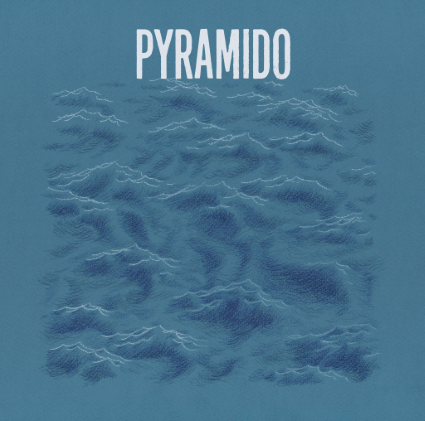 Is a Swedish metal band who created a hybrid style of heavy that wants to be doom, but ends up sounding more like sludge. The vocals are more from the sludge school as they are throaty rasp that gargles enough poison to have a  faint after taste of black metal to them.  The interplay and layering of guitar is this band's strength. The riffs coalesce into something with enough heft to please most metal fans. There is an emotional current running through the opening that might try to convince you they are a doom band, but if they are doom then that would make Neurosis doom. Metal has been pushed to such extremes that the melodic nature of what this band does threatens to give them a more middle of the road feel in terms of heaviness. To their credit it doesn't feel like they are trying to be all things to all people and the opener goes into each movement in the most organic fashion possible, Isis is a good frame of reference in where this is going sonically, but not the proggy Tool years.

They slow down to take another stab at doom on the second song. This one is a better argument in that direction, the guitar melody crying out in the background makes me think they used to be into indie rock at some point in time over the course of their musical development. By the second song the vocals become a little one dimensional for me. Some lows or highs to switch it up would be nice, after all growling is this guys only job. The shoe-gazing side begins to color the song. Something is amiss because on paper I should be more into this song than the first, but that is not the case. The post-rock bass line that starts off " Tempus" is one of the album's more memorable moments before the song goes on cruise control. The vocals at this point are just human static being voiced with the guitar in the driver's seat.

There is more menace in the sludge filled pound of "Aktion" . Midway into the song a melancholy and very metal melody surfaces as the song plods along. It's well played, the dynamics just don't grab me enough to really serve as more than background music. Funny enough everything I listen to a new band I think somewhere out there is someone who is going to say this is there favorite band. They must be between the ages of 12 and 16 to have not heard the bands this pulls from.  The closing song opens with clean jangling indie rock guitar before the distortion is stomped on. Two minutes in and it's clear this is the same formula different melody. This is a few degrees darker and I like how it ebbs back down at the six and a half minute mark, but it rides a similar groove until building back up. Overall, this is nothing new, but is well done and smoothly written sludge, if you are just itching for something new or too young to know the difference this is worth your time, I'll give it a 7.5, as it's ground I have already covered.