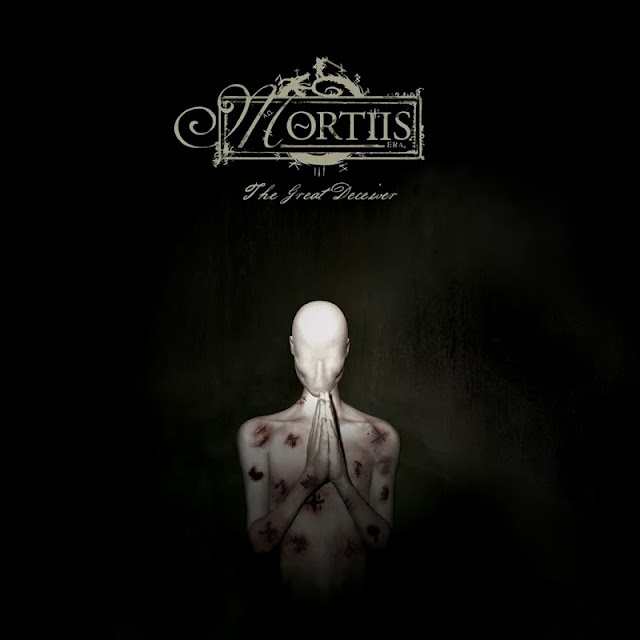 Things have changed a lot for Havard since he played bass for Emperor. This has more in common with Ihsahn's last solo album than Emperor. It's no mystery that he stepped away from black metal to create dark ambient music, but not he is making the kind of commercial industrial music that came out in the wake of Nine Inch Nails' huge success in the 90s.It would not be fair to Trent Reznor or Uncle Al to say the opener sounds like them as it sounds more like the bands that wanted to sounds like them. So this means we are talking 3rd string industrial. Mortiis has made interesting music so I am not ready to write him off. "The Ugly Truth" is the song sounds like "Mr. Self Destruct". There is a bit of an improvement on " Doppelganger" to some of the low budget Crow sequels. In other words it's pop for cyber-dread wearing kids that missed this on the first time around. I could see him doing very well at Dragon -Con, gods know this slays Cruxshadows.

On "Hard to Believe" he sounds like "Brutal Planet" era Alice Cooper.  This is actually the first song that offers up dynamics that I find compelling. The album begins to improve as there is some slight experimentation with "Road to Ruin".  Even when he proclaims nothing is going to stop him on his road to ruin and nothing is going to stop him on his way to hell, it's better than some of the lyrics we got earlier on. The beat takes on a more trip hop feel on "Bleed Like You". It sounds like if would be really heavy if this was an A Perfect Circle song getting a re-mix. Here is he wants to hurt his self so he can bleed like you. This will be a cutters anthem.

Things pick up into a more EBM pace for "Scalding the Burnt". This is not the album's most sound compositional effort as some of the transitions seem a little awkward to me. There is more of a White Zombie groove to "The Shining Lamp of God". The vocals are less aggressive than Rob and production wise this album sounds like it was recorded totally using a computer as sonically it's not as dense as if you were to compare it too an album by Ministry. I had to play "Sins of Mine" three times before I finally managed to pay attention it. So needless to say it's not a songs that grabs you. I can appreciate the shift in dynamics to something more melodic. Mortiis doesn't have the best singing voice, in the conventional sense I suppose it has gotten better over the years, but it doesn't carry this song like it needs to. "Feed the Greed" percolates in it's electronic bubbling before kicking in. It has more of a KMFDM vibe to my ears. They really need to find out what Tim Skold is up to.

The album could not have ended with a more fitting title than " Too Little too Late". It's pretty run of the mill industrial rock. On paper it would seem that I am the target audience for this sort of thing. A former member of Emperor who is not making goth tinged industrial. Sure in the case of Tombs it's done in a manner that takes the diary out of the cheese. Here you are getting all the lactose for better or for worse.I'll give it a 6.5.