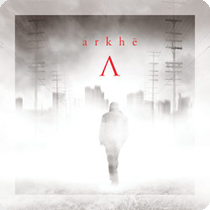 If you are a fan of the Hungarian ban Sear Bliss then get ready for something that is a big departure from what that band. The whole point of this in the first place was for them to try on sounds they had not been able to delve into with Sear Bliss. Bands such as Sentenced , Opeth and Katatonia can be a reference point for this brand of melodic metal with a progressive edge to it. there are plenty of clean vocals and the angrier vocal tones are not at a full growl rather Celtic Frost like exclamation. Some of the vocal melodies are pretty impressive and then don't come in the most expected places. There is an almost 90's pop industrial tone to "Meditation in the Woods" .  "Ferteg Hava" has more of a an alternative metal feel. It's more of a European thing then a descent into nu-metal, almost like a metal version of Inxs. The chugs that do come in are catchy and well placed.They are more fully committed to industrial on the darker "Lelekolok". The vocals take on a more KMFDM like grit.

The atmosphere on 'Space Derelict" shows this willingness to experiment with different sounds pays of in a big way, even though it's more of an instrumental interlude. It marries jazz to space rock in a very original fashion. The pull of a very interesting cover of "Scum" by Napalm Death. It's much slower than the original and has clean singing rather than rabid barking, the pre-verse riff is really the most recognizable factor from the original. "Eredet" continues this breeding of electronic sounds with melodic metal in a fashion that grows increasingly dark as the album progresses. The trip hoppish ballad " Alom Hava" is not a shabby song it carries a slight Pink Floyd influence, but it is not the album's strongest song. The also close with a similarly paced dream filled ballad. This one is a little closer to Porcupine Tree. I'll give this album a 9 it's darker than most progressive rock coming out these days and melodic in a similar sense as Killing Joke, which puts it right up my alley.