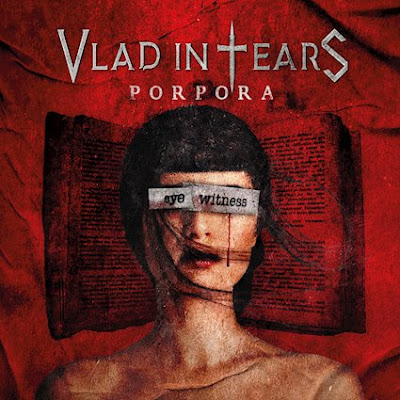 Self-awareness might be the most important quality a band has in terms of growth. When the singer of this band tries to employ a more aggressive, he sounds like Jonathan Davis. Maybe these guys love Korn. Perhaps the "Issues " era Korn. One the second song, when he sings more melodically it works better. The electronic elements they introduce on "Blood" struggle a bit, as does his lower goth voice. It sounds more Marilyn Manson than My Dying Bride. I like Marilyn Manson, but when Mr. Manson himself is doing it no matter how hard they are trying to cancel him. When this guy goes up into his higher register it works much better.

It would be weird to hear me say goth metal is not really my thing, when it is exactly my thing, but it has to be done in a convincing manner .... Type O Negative, My Dying Bride, Paradise Lost... all do it right to name the big ones, the nu metal elements kinda spoils this and makes me wonder if they are trying to sound like Slipknot. They however continue to push things further in this direction. Which I would not mind if they were self-aware enough to suit up in Addias, and just be nu-metal and not try to market themselves as goth, it would have saved me some time. That is the self-awareness I was referring to at the start of this review.  Lollipop List Kill is a good example of a band who does this better. "Close" shows they can write a decent song when they tap into what works best for them, if this was their first album I would assume they are just looking for that but it is not the case.

The producer does them right and gets them a bigger more modern sound more in line with 30 Seconds to Mars, on "Hope". Then the backslide into their Korny ways after this. He leans into his more introspective side and delivers a more effective performance on "No Candles For the Ride".  "Let Me Be the One" wades in similar waters, the hook is just marginally less compelling. They dig into even more overt Korn sonics on "Right Now" , making me think all the Paradise Lost talk was a cop to avoid saying maybe nu-metal will make a comeback here is one band that hopes it does. They are self-aware enough to cover "Running Up That Hill"  it is more Placebo like than Kate Bush, but the timing is obvious after this summer and Stranger Things.Self awareness is key, but they still mange a few good songs out of this . I will give the album a 7.

Email ThisBlogThis!Share to TwitterShare to FacebookShare to Pinterest
Labels: 7, nu-metal, Vlad in Tears