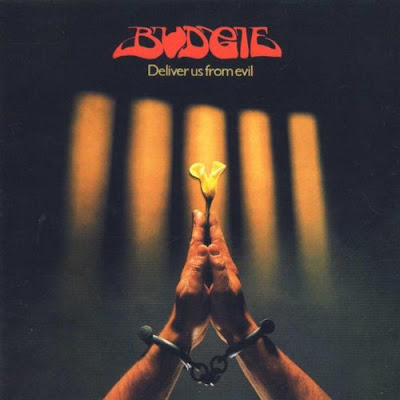 In 1982 there was a more relaxed definition of metal. While the guitar has more edge to it some of the gallops on the verse of the first song. "Don't Cry' is more energetic, but not as tightly hewn of the song. While for these guys the synth heavy syncopation to the chorus of "Truth Drug" is heading in a more mainstream direction in terms of where music was going at this time. It still manages to be a pretty worthwhile song, even if in some way it seeks to cash in on the success of bands like Priest and the Scorpions. But they were never really a band for the radio. Yet what they are doing here could have earned that spot for them. Another band perhaps missing windows of opportunity.

When it comes to "Young Girl" you can hear where perhaps they were trying to follow the lead of Styx. Perhaps the record company did not have faith in them to do their own thing. The vocals are crisp. Even in their more radio grabbing moments they have interesting punches. You can here where Metallica was inspired to write their own power ballads, atter hearing a song like "Flower in the Attic". The chord progression and feel is very similar to "Fade to Black". It builds into a riff that might have you wondering just how original Metallica really is.

You can also see where they might have wanted to find their place alongside bands like Rush with "N.O.R.A.D". The drumming is more progressive in its groove.  This song along proves how underrated drummer Steve Willaims is. The keyboards get pretty out of control here. "Give Me Truth" falls into the status quo of arena rocking at the time. The very commercial ballad "Allison" seems too Beatles like for what these guys do. While still a slick sheen, " Finger on the Button" is less middle of the road and more aggressive. This carries over in the last song to find the album ending strong. I will round this album down to a 9 as the commercial aspirations hold it back at times, but there are enough of those metal moments that shaped the genre as we know it today to be found here.