Muse : "Will of the People" 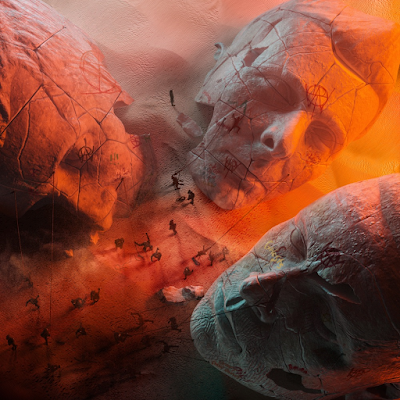 Muse was once one of my favorite bands. Since then, they have sold out in terms of the producers they work with and the big stadium sound they are going for that on the new album draws more from Queen, though the hook to the chorus sounds like a rip off of " the Beautiful People" . Does this band continue to have bigger yet more homogenized sound. The 80s tinged synths that opens "Compliance" sounds more like Muse than the first song that pulls from too many places "Liberation " finds them once again overindulging in grandiose Queen like trappings. They nail the layered harmony vocals, but in doing so feel less like themselves.  There is more heft to the guitar for "Won't Stand Down" until it breaks down into almost a rapped verse. It works the best of the first four songs.

At only 44 Matt's voice is holding up as he is at his peak now. They have always used liberal amounts of piano for their arena sized power ballads. If only there was more power to "Ghosts" . He sings with a great deal of conviction for sure. "You Make Me Feel Like It's Halloween" is an instant classic any song about Halloween, they just did it right. This is the first time I have notice that their drummer might be their weak link. He gets the job done for sure, but not as bombastic as he could be . "Kill or Be Killed" has more aggressive guitar and barrage of synths. I would not say this is Muse's metal album though there are of those factors, they are counter balanced.

The dramatic vocals that venture up into his lush head register are present and accounted for on "Verona"/ It drones on the one theme. "Euphoria" is very much a Muse song, so much so that it feels like they are cycling ideas a little here. It is almost too upbeat. They course correct this with "We Are Fucking Fucked" which has a more ominous tension to it. I will give this album a 9 . It seems they are trying to figure out where they fit in the musical climate of today. They knock most of this album out of the park in terms of pulling it off, most of the things that keep me from viewing this as aq perfect album are creative choices.