Norma Jean : "Deathrattle Sing For Me" 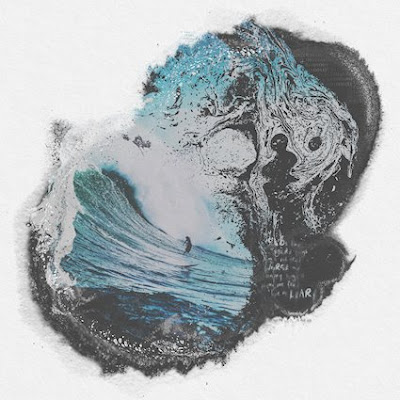 This is one of the few bands we break out rule of no Christian bands for. They seem to have largely worked their faith in a more shrouded metaphor that is overshadowed by the screamed angst and tensely unsettled mood. The album's title is exclaimed in the opening line to " Spearmint Revolt" that finds the band adding a great of nu metal like groove to their sound. The first two song falling in the more melodic yet in your face explosion that comes closer to what you might typically expect from this band. While they are more neatly in the confines of what commercial mainstream metal core is doing, they have really perfected their song writing skills as this is superior to their previous album. Sure, there are some formulated metal core tropes in place but in terms of the overall sonics they are hitting you with this time around it is more interesting.

Actual singing is sprinkled in a larger dose going into "Memorial Hoard" that almost falls somewhere between the Deftones and Linkin Park though without any of the hip hop influence those acts at one point both dabbled in. "Aria Obscura" also flirts with these kinds of melodic dynamics that recall the soft to loud explosiveness of 90s alt rock.  The first misfire is six songs deep into the album as "Any%" tries too hard to go back to the hard-core punk beginnings of the band and doesn't connect in a manner as compelling as the first half of the album has. It is when they explore more melodic boundaries that this album, really excels after all where else are they going to go with chaotic screaming. However, that is not to say they have not found other ways to bring high energy in your face sounds as heard on "WWAVVE".

"A Killing Word" is closer to the bulk of modern mainstream metal core. This song does display how they have some great production on this album, as even though this is not my kind of thing on that song, it has a big heavy wall of guitars that I appreciate. Atmosphere sets the stage for a wider dynamic range on "Penny Margs". This is another element however that requires balance as "El - Roi" is just an ambient interlude rather than a song.  The strike the balance between hook and groove on "Sleep Explosion".  The last song, continues to prove that as long as they stay on a trajectory similar to that of a band like the Deftones, who continues to retain who they are while evolving what they do they give themselves a longer shelf life outside of the confines of the genre they started in. Thus, a Christian band proves the theory of evolution. I will give this one a 9.5.