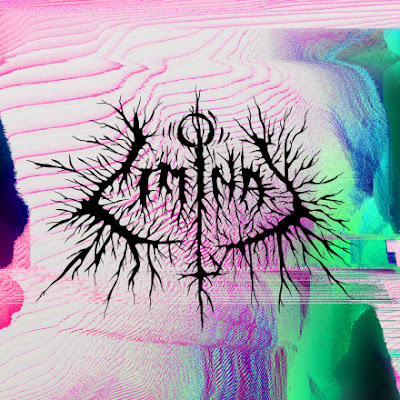 This is an experimental electronic project that touches on industrial in a manner no unlike how the Prodigy once did. There are not "Firestarters" here in terms of songwriting making this a more abstract expression. By the time we get to "Pigeon Kick" I am hearing more Aphex Twin and Lords of Acid, though it sounds like an actual drum set could be in play. There is a great deal of bubbling glitch sounds. It sounds like a sludge band going through a robot blender.  "Raijin" is more of an atmospheric interlude before "Lysergic Aura"which features underground rappers, Lord Goat and Truck Jewels. They are conventional than say Death Grips, but it is not far removed from what Death Grips does when you couple them with an artist like Petbrick.

The darker more esoteric throb of "Damballa" works really well. On the flip side the barrage of electronic drums that makes up "Ayan" could really be anyone. This is the problem I normally have with electronic music is it is so faceless, without a personal identity, due to the fact that without dynamics and melody all sounds the same, just different bpms. In this case it is pretty much just a drum solo. At least "Moby Dick" goes somewhere. Then the guest stars begin to really arrive as Jake Bannon from Converge lends his feral throat to "Grind You Dull" which is frantic and almost grind core in its wild attack before drifting off into darker more ambient sections that give it a sense of self. Is it the best use of Bannon's talent? No. But I get the effect they are going for here. They blend a similar pounding and ambiance on "Chemical Returns"

Paula Rebellato lends her voice to the murkiness that is "Distorted Peace".  Steven Von Till shows up on the last song. It turned out to be pretty anti-climactic and something Till could have just done on his own.  Overall however for as noisy as this was I found this album a lot better listen than anticipated. I will give it an 8.5, there were enough organic elements to make this rise above the typical laptop clicking electronic music.