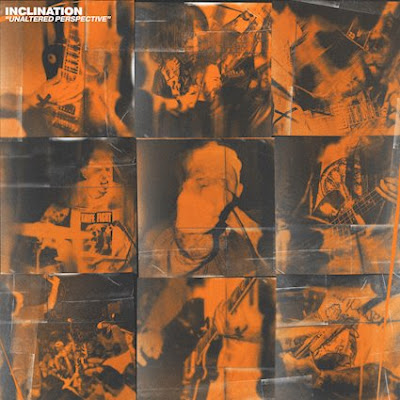 Sure, one of the dudes from Knocked Loose is in this band and there is a who's who or hard core that has a guest spot on this album, but at the end of the day what it comes down to is the songs. My first listen found me impressed until I looked up and found I was on the fourth song not the second. This means they have a uniform sound that makes their songs sound the same. Giving a closer listen the first track is just an intro leaving "Epidemic" as the first actual song. They are hard core, which means they are angry. We have the screamed vocals which are convincing. Ven though they have captured a sound it does not mean they have abandoned all song writing, as there are still moments that give the in-your-face hyper aggression structure. With song titles like "Thoughts and Prayers" it is clear they are targeting many of today's issues. They are not preaching or taking sides it sounds like they are more doomsayers of modern man's downfall, which is a solid place for a hard-core band to come from.
They are not overly reliant on break downs. Their strength is the willingness to use atmosphere and give the riffs room to breathe. "Predetermined" seems to really benefit from this as it allows their syncopation to form grooves.  "Bystander" finds them locking into all of the sounds that have worked thus far and perfecting them even further into another song. the vocals are the only one trick pony. There are some points that are spoken more than screamed, but four songs in it feels like they have used all the vocals colors we are going to find here.   They keep pushing things into heavier directions, which is another strong point of this album. They never find themselves content with just raging full speed ahead. Sure, it could be darker, but what they are doing is effective, so it is hard to complain.
Yes, there are moments like "Marooned: when the entire songs feels like a break down thanks to heavy riffs and half-time driven grooves. "Connections" seems to be about modern dating, and they are more pissed about it than anything thus far. There isa sick as hell riff at the two-minute mark. "A Decision" works of a deliberate stomp and a very sonic guitar sound.  The last song is pretty sonic and what it lacks in hooks it makes up for in dynamics. This album is better than what I have heard from Knocked Loose, it makes hard core fun again, I will give it a 9 . This comes out October 21st on Purse Noise.
Posted by Wilcifer at 1:43 PM