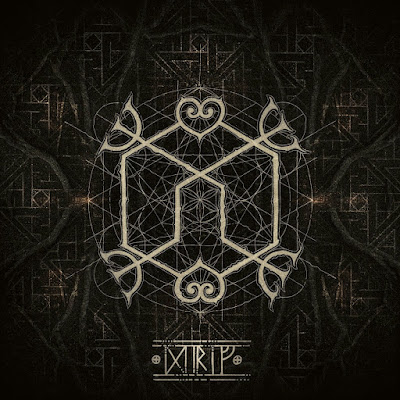 Is this going to be a band people just go see live or are they going to continue to make albums that are worth listening to when you take away the gimmick of what they do ?  For what these guys do, they employ a decent set of dynamic on the opening song, going from a guttural chant to a more sweeping melody with their female vocalist. The second song "Anoana" is a step away from the darker war like incantations they normally invoke with their music and is a lighter spirited celebration of nature. It is much more like Northern European folk music of the era they are drawing inspiration from. "Tenet" is almost like a summary of all the sounds they have worked with up until this point. It is also a sprawling 13-minute song that covers almost too much ground, after they have shown us, they are capable of writing memorable songs and not just playing with ancient sounds on the first two tracks.

Though sprawling grandiose gardens of sounds are more than we get on "Urbani" that is just stomping and chanting. Iti very primitive and the least musical expression I have heard from them. Then there is the spoken word narrative that feels more like a dramatic book on tape that is "Keltentrauer", After two minutes of ambient sounds "Nesso" gets into a more ethereal melody, driven by female vocals. It soars off nicely. After this song, they flip back to more throaty chanting with minimal percussion for "Buslas Bann".

They prove themselves more capable on the intricate harmonies of " Nikkal" . The instrumentation is very minimal, which for them is not surprising, things are not as layered in the studio on this album. They have been touring more these days, so I am sure they learned things are easier to perform live in this manner.  The close the album with a song called "Marduk".  When you name a song after such a dark Sumerian god, you expect the music to follow suit. It consists of bells and whispered invocations. Midway into the song the tension builds a little more.  This however does not go anywhere, and the song fades out rather than progresses.  I will round this down to a 7.5, sure there are a hand ful of good, songs which is why it scored as high as it did along with the fact, they prove themselves very consistent to doing what they do, but that is part of the problem making this predictable and sometimes riding a one trick pony into the ground when the moments they excel prove themselves capable of doing better.,