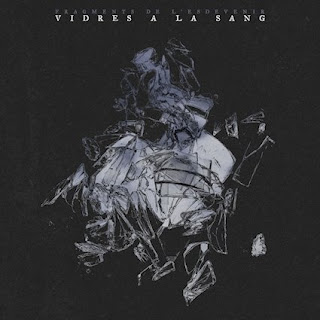 This progressive band is rather interesting. The simmer in melancholy before coming out snarling at you. In some way a good comparison might be a more depressed version of Opeth with the ambient gloom of black metal. In fact, two members of Opeth play in this band. While we have featured other progressive death metal bands on here this month, these guys come at it from another angle. An assessment I can make just after the first song alone. The verses are darker and more aggressive on the verses. Progressive blackened death metal might be a better sub-genre to label them with. I like how they are not all out bombast. Sure, there are parts that speed into blasty sections, but the production keeps the layers separate and clearly divided rather than just hitting you with a wall of sound.  Enslaved earlier forays into more progressive realms serves as a fair point of reference here.

On the third song it is dark and creepy but just drones in one place and feels more like an intro that never fully builds.  "Fins Aqui" gets stompy before backing off into things break down a bit. It flows back into a bigger more aggressive sound. It even grooves some.  At 8 and a half minutes the song certainly has plenty of time to build. They use this for a stormy tension. It expands into more movement, which feels like a very solid dynamic. If you are into guitar solos these guys have some good ones that are tasteful exercises in shed with melody uncompromised.

The last song almost has more of a rock n roll sensibility to it in terms of groove. The riffs are strong they feel more like a death metal band here. I like the jazzier solo section in the middle of the song. I think more bands should have a song where they open things up like this. It helps that this dude is a killer guitarist, so his solos add to the song. I will give this album a 9, if you miss the days when Opeth were metal band , but not opposed to the shadows of black metal like darkness haunting things then these guys are for you.