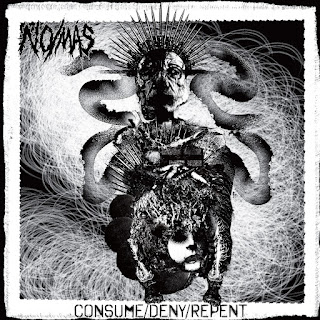 This band might fancy itself death grind or grind core, but from the first song it is pretty obvious that this is just death metal. There are some thrashy riffs that have a great deal of hook to them, and it is influenced by hard core, but at its center is a death metal sound. On the second song they have a minute long attack that is more grind core, but by the third song it is more centered in death metal. It is also a song at a minute and a half that they cram an impressive amount into. "Interrogation" stars off more like older Morbid Angel but gets rawer in the way it snarls at you. While hyper aggressive they still care about the songs and keep things more varied than you might expect while still very in your face.

They can press in a direction that tries to see how far their feral nature can go before they forsake writing a worthwhile song, which " Sudor Frio" flirts with. At 41 seconds they do not give themselves time to develop "Mal De Ojo: into anything of note. Not that they need much more time as they prove with "Arson Repent" which is only 20 longer, and more of a fully realized song. The more thrash influenced riffs could be seen as hard core who is not aware of how those genres intermingled in the 80s. "Ciego 'feels more like death metal to me. The same could be said of the song that follows though it is a one-dimensional exercise in hyper aggression. How much can you do to make a song that is  is under a minute. It is like talking in incomplete sentences. A "Refugio" that follows sounds like it should be a part of this song. The two minute "Deny Disgrace" seems like it is the perfect length for what they are doing and is one of the album's songs. The 39 second "song" after it is like a cool thought that never became a song.

When they give into their thrashing impulses for "Rabia" it is a winning formula though the brutality overtakes it thanks to the machine gun drumming that is to blame. The last two songs find them getting caught up in the rapid-fire assault rather than their catchier thrash side that has hooky riffs. I will round this down to an 8 as I feel they could have done better and have the potential to do better in terms of songwriting as they strike the mark here enough to let me know.