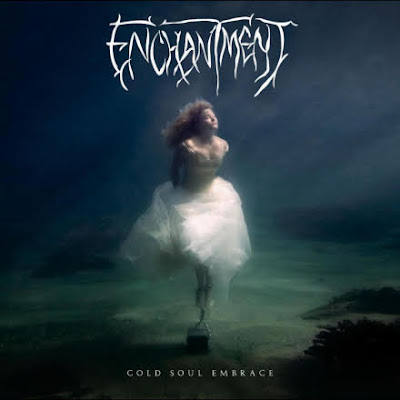 I mentioned the Peaville three in another review, and this band was around for that emergence, but they did not play their cards as well as that band so now over 25 years later they are releasing their second. More self-aware of what they could have done makes them try harder at what they did not do and adds pretense to the proceeding, which serves as both a blessing and a curse. They second song sounds like it is closer to where they would have picked up from back in the day. The almost proggy guitar passages set themselves apart from their peers at the time. The guitar melody is a little brighter on "Painting Amongst the Feathers". It does not flow as well nor is it as heavy as the previous. Though owes more to the more conventional forms of metal when they first started the band in the 90s. The most interesting riff is during the break for the guitar solo.

The symphonic elements that come to the forefront on "Of Glorious Vistas Forgot" are more like old school Nightwish, the growled vocals are what retains much of the sonic heft. It is not very catchy and for all the dead flower arrangements adorning it not as dark either/ Hopefully soke word narration has run it's course as it has gotten old by the second song I hear it in. "In the Wake of the Hollering Tide" is just an instrumental that I am not going to count for the purpose of this review.  "In a Cello Felt Glare" is more straight forward, with the barrage of double bass that drives it. The syncopated riffs also work really nicely. It is melodic melody death metal that does not follow the path that had already been laid out by this time in the 90s.

The drummer's double bass skills are pretty killer, however even a death metal band should not live and die by the double bass alone. "the Beauty of Liars" is more straightforward death metal with less flowers. "One Jump of the Sun" is more melodic and a step in a more effective direction when it comes to sounding like themselves.  Overall I will give this an 8.5, as there are some really strong songs on here, this is not to say some of the elements in play are not formulated, but overall things works more often than not and when they do not it is a little more flowery than what I want from this kind of death metal, which is some of the melodrama dialed back a bit and darker.