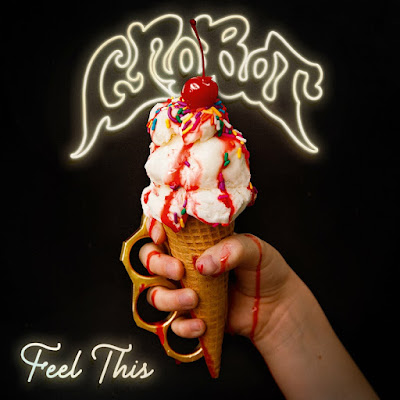 Four albums and a few lineup changes later this band from Pennsylvania is putting out the best album Skid Row new made. I have heard their name thrown around when it comes to stoner rock bands but hear fairly mainstream 90s hard rock. "Dizzy" has more stomp to it, and a Soundgarden like slither to the riffs. The vocals are more Sebastian Bach in their attitude than Chris Cornell. He always belts and never croons. By the time we get to "Set You Free" the anthemic radio rock jams are set to stun at 11. It is big and hooky and also not normally what I am into. After this song the album as a whole tends to ride a much finer line between cock rock and grunge.

"Better Times" is a clear-cut example of what is rock music not metal. It is pretty energetic, and the vocal are in your face.  They are back to a post-grunge groove on "Golden" which could have come out in the late 90s. Props to them for being able to tap into that sound. The chorus is very post-sell out Soundgarden. While it a more metallic take on a grunge like power ballad "Without Wings" is pretty solid and gain a great deal of momentum fast. They are back to a more rock n roll feel on "Livin on the Streets". The highly refined grunge groove of "Into the Fire" come closer to metal, but are pretty effective . It is one of the album's best songs.

"Dance with the Dead" is not as effective as the previous and comes across as a little cheesey.  The best blend of grunge and hair metal is on "Holy Ghost" which might be the album's best song. Everything flows well and there are some metallic shifts of dynamics. There isa quirky Devo like bounce to " Never Break Me". It is an unexpected turn considering what they have been doing thus far on this album. There is a solid groove to "Staring Straight Into the Sun" it however feels like they have already gone to this well one too many times. Over all this album is very fine tuned and slick, these guys are hooky songwriters even if this is within the confines of a tried and true formula, I will give this a 9.