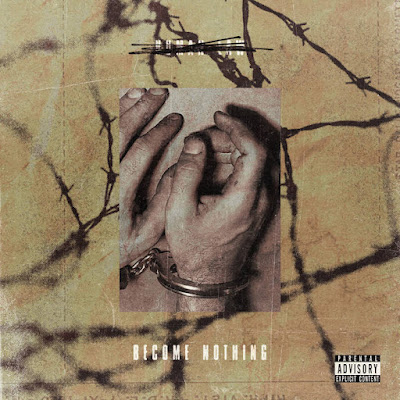 This band tags themselves as death metal and while it weighs heavy on this album, the mood inp art to the vocals is more like hard core. The first song starts off as very metallic hard core. But the vocals begin to bellow in a more death metal direction. The chug that rocks this song is pretty powerful then midway into the song you are assured this is death metal. These guys are equally influenced by hard core. This helps make the verses sound more like break downs and the vocals alternate from a yell into growls. Vocally the second song leans more toward hard core. I had to go back and give "Coyote Complex" a second listen to fully form my thoughts around it. It and "No Worse Fate" are more on the hard-core side of the equation.

They gain momentum and without the more shouted vocals "Outlier" would be a death metal song. It is more deliberate than most death metal. Death Core is a fair label for these guys despite being more legit than the Myspace band that label was created around. The first riff in "A Pillar of Salt" only lends more credence to the metal blood pumping through their sound. By the end of the song, it is hard to tell where the death metal begins and hardcore ends. There are worst problems for a band to have.

They hit you with an in-your-face aggression on "See Me" . The steady current of double bass vying for death metal, while the angry shout of the vocals is more hard core. They become more frantic going into the last song, making them more hard core. They are yelling about burning the flag rather than chainsaw sodomy for Satan so their hearts are more into hard core, but their instruments want to make death metal. I will give this album a 9 as it is very good at what it does and created hard core for death metal fans and death metal for hard core kids.