Death is June- Mantar :" Pain is Forever and this is the End" 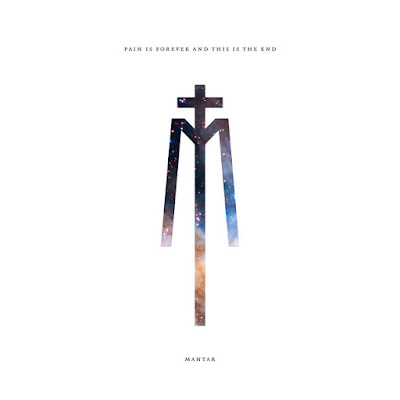 This German duo settled to label themselves or at least allow their record label to label them extreme metal, which normally death metal.  The first song proves this theory, though there are hints of punk that at times lean it in amore death n roll direction. The second song finds darker more melodic chord progressions taking this in a more sonic direction, though the songwriting is not as tight and hooky as the opening track. The rawer and rowdier "Grim Reaping" has a dose of rock n roll to the song's swagger/. song. Of the first four songs, "Orbital Pus" is the most ripping. The snarled vocals serve a more focused purpose. The lyrics are better, and the riff have power and hook to make you head bang.

"Piss Ritual" feels like a less focused more rock n roll extension of the previous song. There is a punk recklessness to the energy it exudes. The vocals feel like the kind of ranting that could have come from Nirvana's "Bleach" album but growled with more anger. There is more of a thundering death metal sound that owes more to bands like Entombed on the song "Of Frost and Decay". It rumbles ahead with a mid-paced stomp. "Walking Corpse' is the least interesting song title of this album. The deliberate riff are more anthemic, but the vocals are more feral in their snarl. Almost like a rock n roll version of Obituary.

The song writing steps it back up a notch on "New Age Pagan" . It is more firmly rock, though enough of the metallic power lingers behind. The vocals are raspy but not growled. Not far removed from when Motorhead slowed things down a little in the late 80s. "Horde" they just bash out with more anger . The riff is more of a battering ram than groove inducing. He tries to sing more on the last song. This carries a anguished rasp to the angst of the vocals. It is a pretty powerful effect and give this song more dynamics , which only helps this album. I will give this album a 9. They continue to grow as song writers and marks a new sonic chapter for the band.  Hard to say it it is heavier but it is more metallic. Which is fitting since Metal Blade Records is releasing this one on JUly 15th.