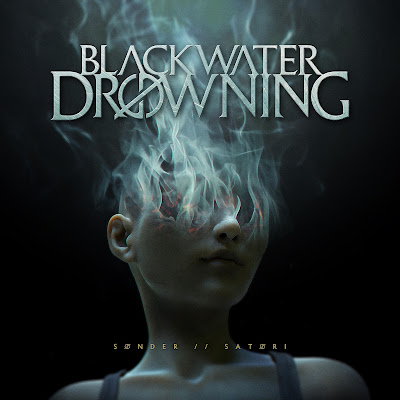 This really melodic European sounding death metal that bands like In Flames, At the Gates and Arch Enemy have made popular in mainstream metal, has typically not been my thing. But with Arch Nemy now being hard to distinguish from bands like Spirit Box and Jinger, I figured I would give this band a shot, so we have a comprehensive picture at what death metal looks like these days. Aside from having a female lead screamer that is about all this band has in common with Arch Enemy, they remind me more of a heavier Dark Tranquility. Though there is a metal core under current in the way some of their riffs hit more like a breakdown. They do use melodic singing in places that first surfaces on the second song. I think over all this song is more well written than the opener which was not that shabby either.

By the time we get to "Mortal Coil" the sung vocals seem to become a more regular occurrence thought the convincing snarls of Morgan Riley are still intact. If I heard this without looking at the promo photo and just hear a portion of the harsh singing, I would still think the higher more Dani Filth like menace was coming from a woman. The guitar attack on this song has more harmony to it. Aside from the vocals and the occasional blast beat there is nothing all that blackened about what they do.  They seem pretty intent on making mean yet melodic metal. The clean vocals are less pop influenced than say Spirit Box/. This is also one of the better drummers I have heard this month, "Saint" is more rapid in it's aggression than the first four songs. Sure it is thrashing, but not as nuanced of a song as the previous ones. Sure the guitar solos do all the shredding that people into that might want, but what else did you expect ? 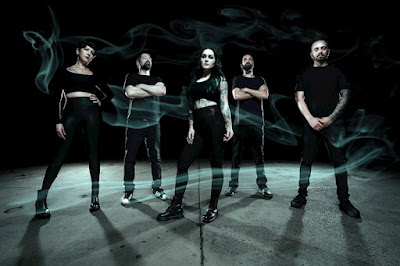 "the Caged" finds them off to the races again. It could use a little more groove and a little less guitar solos. Aside from that it keeps the thrashing thing going. "Aberrant Leaves" gets darker and more melodic. In so doing, it feels like you can hear a little more of who they are versus what they are. While no new ground is really broken on the last song in terms of new sonic colors being introduced it does provide a summary of everything they have hit you with up until this point in a very digestible manner. I will give this album an 8.5, as it is very well done and more aggressive than many of their peers using this kind of beauty and the beast formula in metal.