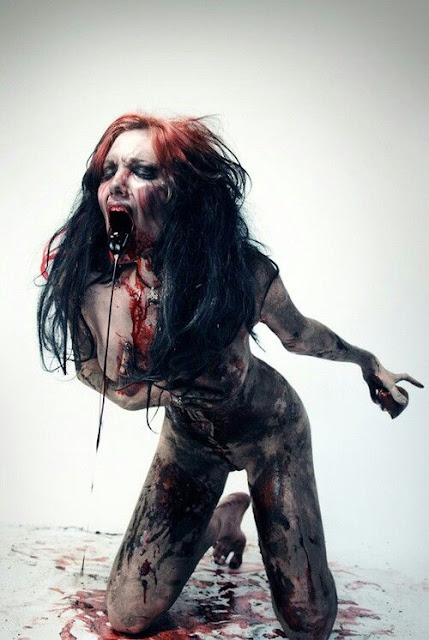 Here we are the top ten heaviest albums of all time. If we are counting hard core as metal  then all but one of these albums are metal. But no matter what you want to call them what they have in common is that all of these albums defy description. Blurring lines of genres to create monsters of their own. Unless you are a regular reader or have the tastes of our regular readers ...meaning are not afraid to dig outside of the mainstream into the more underground sectors, there might be some bands where you are like who the fuck is this? Of course some of these albums would have to come from the more underground corners of the scene because they are too heavy for your run of the mill metal head to digest.  If you think Slipknot is heavy, you might not be able to handle this.


The heaviest industrial album of all time. A man and his machines beating the fuck out of your head.

This album is mean as hell, bullying you into submission. Is it hard core or grind core? It's both fist fucking one another.

These kids used to more closely conform to the hard core genre, other influences like industrial crept in over the years. They became heavier in introducing these elements. I think what really secured their place here, is they do this is a way that makes you believe each note they are playing.

As with the previous band if you can make me believe you mean every note of anger or torment and are honestly throwing the dark places in your life in your songs, if will feel heavier than if you are just going through the motions of metal. Whitehead had some fucked up shit going on in his life when he made this one. Black metal often postures here it oozes will malice and ill intent.

This is where I might lose some of you as we are going to start diverting from mainstream metal. This blackened Doom band is vicious. They play ugly chords and make you feel their anguish.


This Irish band's take on sludgey black metal is dark and dissonant. Yes there are blast beats , but done in a manner that crushes and not just drones. Noise laden atmosphere adds a depressing touch.  Sadly this was their swan song.

Another black metal band proving it works best when you bring other elements to the table. In this case it's grind core and industrial. If Emperor had gone completely insane from smoking meth they might have created something similar.

3- Dragged into Sunlight- "Hatred For Mankind"


It's rare when the fury of the vocals makes an album heavier than it is. That is the case with this nasty blackened sludge fest. If you asked me what album lives us to it's title, I would point to this one.

Less black metal influence that Dragged into the Sunlight. The density of their brand of hammering sludge, is still very musical, but it hits like a rabid wall of sound.

I got this album six years ago and have not heard anything that comes close to touching it's grinding blackness since then. That is impressive if you take into consideration how much metal I am sent on a weekly basis