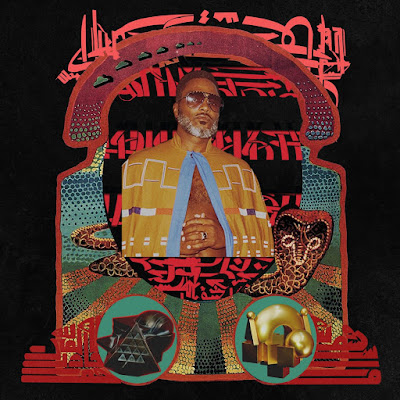 The 5th album from this duo finds them continuing to pick up where Butler left off in Diggable Planets.   Their sound has more sonic layers. Psychedelic hip-hop would be a fair assessment. The sluggish robotics of "Fast Learner" is  as both cosmic and narcotic, so the album cover looks like this album sounds.  There is a pop touch added by the more sung vocal of Purple Tape Nate. There is more of an ironic feel to this than if they had an artist like the Weeknd add the hook. This album requires headphones rather than computer speakers. It's not the kind of hip hop to thump in your car as the grooves are lazy and abstract. The kind of sci-fi atmosphere of this album seems fitting given the current state of the world as we ready our dystopian soundtracks. Lyrically the out look is not grim as whole aside from questioning his social status. "Wet" is the first song that tends to conform more to the typical narrative of  hip hop in 2020. Not trap, more like the coffee shop that used to be ghetto before becoming gentrified.

The jazz influence is dialed way back from the Planets. There are flourished here and there. In the 90s that was more of thing. There are lots of retro synths on " Chocolate Soufflé " .  Butler muses that his phone is really not that smart here. He continues to be clever through the album. There are a few brief interludes called portals, which for the purpose of this review beat little weight on the album as a whole. "Bad Bitch Walking" is the kind of fantasy funk not unlike that of Outkast. It rides the bass line for almost three minutes before the verse comes in. For what these guys are doing this comes across as pretty straight forward as it is not colored by all the sounds being panned in. Hip hop producers should pay attention to what is going on with this album as they are ahead of their peers in how this is mixed. There are moments like the more 808 sound of "Yoga Money" that will not sound as alien to the more mainstream hip hop listener. This is the second song where there is more of a repetitive chant rather than going right into a flow of lyrics. "Yoga Money" has sparser lyrics.

"Thanking the Girls" is more like a r&b song due to the lyrical content. The minimalist beat contributes to this feel. I like the guitar tone that opens the last song. They kinda of jam out as the song floats when it unfolds. More like the kind of soul Marvin Gaye embarked upon with "Here My Dear". I will round this up to a 9 as the album sometimes meanders. This is the sound of 2020. The best hip hop album I have heard this year. But it is only April. Like their other albums this one drops on Sub-pop.