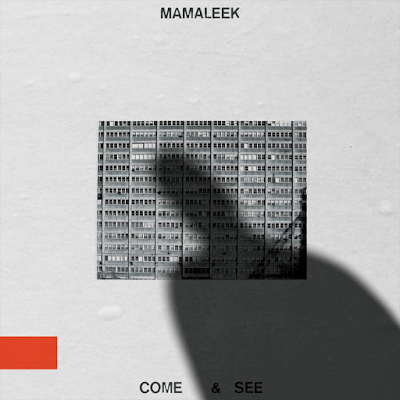 This album was recorded live with no overdubs. This contributes to it's raw feel. I hear the words black metal being thrown around with this project and I do not hear that. Noise rock with metal intentions and math rock execution? Yes. There are blast beats, but that alone does not make black metal. Three minutes into the song it does seem they would like to go in that direction, but black metal is all about feel rather than just playing the notes. Metal is like funk you can not fake it. Do they have some intellectual frustration they are venting in their music? Yes, but that does not equate darkness which is the prime ingredient when it comes to black metal. That is not to say the live presentation they are offering here is not impressive. It marries many dissonant and interesting sounds together with aggression these parts my not have on their own. Six minutes in the vocals have a more punk howl to them. I think going with punk would put you closer to who they truly are.

Sometimes musicians are the last to know who they are . There is some great guitar playing here. I think if they had a more honest look at what they are doing and put their intention behind it then the sound would become even more focused. This however is their 7th album so if they do not know by now they intention is hide this fact from themselves. The second song leans even more toward jazz with these sludge punk outbursts raping it. I was just listening to the new compilation by Street Sects that showcased their more spastic exploits. I think the pre meditated chaos these guys are creating works better due to the very organic way they are jamming out these songs. I would like to hear Street Sects do something similar, though I do not need for them to be jazz in any way. They are both label mates on the Flenser. This project lines up with the Flenser's mission statement. They bring music that is out of the box. In fact they might have never tried to put it in a box to think out of.

The songs are not short, but even then they take them to many different places. Not much in the way of droning going on. If anything it is ADD. 'Elsewhere' kind of runs out of the previous song. It is more deliberate in it's pacing. It dawned on me during this song that the singer's voice at times reminds me of the guy from the Murder City Devils, if he was covering GG Allin. Any medication they might have taken before this session began is clearly worn off by now. Whatever they take meds for I am sure that since they are brothers it's genetic and seems to have stricken the singer worse. 'Whites of the Eyes " is yet another song that seems to emerge from this jam. Jam is certainly a better term for what they do than conventional song writing. I can hear a touch of Captain Beefheart in the way the vocals rant. 'Street Nurse ' breaks the jamming trend and comes across more like a song that stands on it's own two feet. There is a still a very feral quality to the way they brood with the groove here. If Tom Waits totally lost his mind I could hear him doing something like this on an angry drunk. The guitar builds into more of a rock swagger here. The last song takes the Neanderthal anger and sets it against simmering jazz. There is the surly anti-rock sentiment of early Swans also casting a shadow here. I will give this album an 8.5, I enjoy it, but I also enjoy all of the other influences or artists of a similar midset I mentioned throughout this review so that might make me more tolerant of some of the madness here.