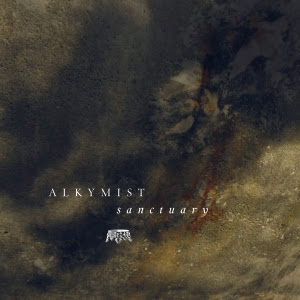 The grim Danish masters of heaviness have returned . Things are changing , as  I remember their previous album being more sludgey. The Neurosis influence is still there, but there is more of a Celtic Frost thing going on. What sets sludge apart from doom is there tends to be more of a punk influence, where doom only has metal in it's veins . The vocals are more growled than sung , but still have a form and function in the songs rather than just being an after thought. There are bits of melodic atmosphere that further add to the darker proceedings. Sometimes these are just interludes, but these guys do not throw those into the album to show they can do it, instead the weave these elements into the actual songs. "Draugr" finds them tempo picking up a little , it has almost a more tribal driving feel to it, which brings back the Neurosis feel and by this I mean "Through Silver and Blood" era, though with less over apocalyptic leanings. This is a much more introspective album,. The vocals have more of a croak to their rasp.

On thing I noticed about the album is how the drums sit back behind the guitar, I think if they were given more heft in the mix the overall sound would have had more thunder, but this is what we are working with. I like the creepy feel leading into "Desolated Sky". The riff to this song does feel more doomy than sludge. The lyrics muse the end of the world , which in the days of Corona I can certainly appreciate these sentiments. "Astral Haze" have nonsense metal lyrics that mess with metaphors of oblivion, you know the typical thing. The bass tone is really mean and booming on this one and allows the guitar to play around in the shadows . The lumbering riffs kinda plods, but gets broken up by a guitar solo that shifts the dynamics rather than just shredding.

The last song "Warkeeper" is just an instrumental outro piece. I could have done without all the interludes and would have preferred to have had them all worked into an actual song, but I like the direction they are heading in here and will take what I can get. It is an album I can leave on and let play, yet unlike some albums I have done that with this week the songs do not all sound the same. This is not to say they are bringing in wildly different sonic colors, they are not. What they do is work wisely with the ones they are painting these songs with. I will give this a 9.5 , as it's beautifully dark and darkness is what I want from music.