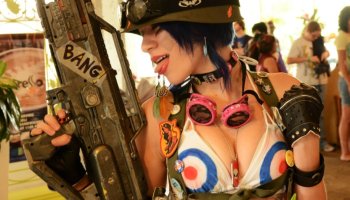 The revolution will not be televised, it's not happening . It won't be live streamed either as that is the lullabies for the sheep. What you need if you are living life with a middle finger to politicized Pied Piper is a proper sound track. One that celebrates the collapse of society . We have already done  a metal and an industrial playlist for the apocalypse, so punk seems the next obvious choice. These are songs  from a time when anarchy was something believed in and chaos was a way of life. Punk should never be about any establishment, even if they are offering a false sense of security. Punk was about offending and non conformity, two ideals that are rare in 2020. The best it is getting here is "Fuck the government...but listen to what they say, you might get free money and paid vacation" .  I think these bands would agree that is called selling out. But hey kids these days their freedom is only worth 1,200.00. If you are not about being bought and want to celebrate this maddness then here are some songs that might help out with that.

the Plasmatics- the day of the humans is gone

English Dogs - Survival of the Fittest"