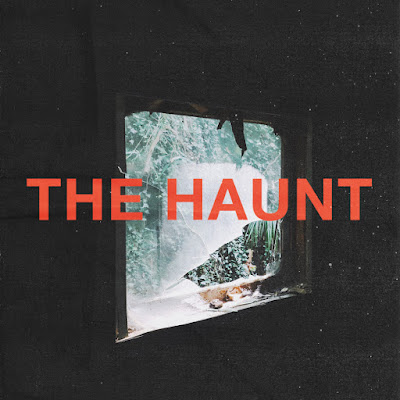 By the second song I find myself wondering what they are doing that makes me like this much more than the previous album by this band I reviewed. Maybe the guitar tone has more balls to it? There is still plenty of angular indie rock jangle to their riffs. The vocals fall in the right places, though her voice is colored by slacker punk indifference. "Twin Hell Fire" is more brisk than the previous song, but just doesn't find everything falling in place as well as it did . The post punk tension I recall hearing from them before has not been dialed out , there is some of it on "Florida". The guitar playing  is the album's strong point. There is just enough math and shimmer to keep it interesting, The lyrics are more descriptive this time around.

"Better" finds hookier vocals making things more interesting. While this works here, the vocals can not bear the weight of every song. Such is the case on "Recede" even with more sonic guitar sounds. The title track is a minute and a half ditty. There is a moodier tone to " Regression". This passive aggressive dark side feels better to me. "Unwound" has a more staccato arrangement that provide as dynamic contrast to some of the more melodic guitar work that is also on this album. The vocals do not plays as key of a role here. There is a tug of war between the guitar and vocals , perhaps this is due to who is writing what songs.

They are capable of cramming a lot of song into two minutes as displayed on " Colorado". They give me everything I want from them. Smart guitar parts working perfectly with the vocals . The last song finds them using restraint. Not the album's best song , but not shabby either , kinda has a 90s alternative feel to it without the overt radio aspirations.  I will give this album an 8.5, feels like a more driven yet mature effort.