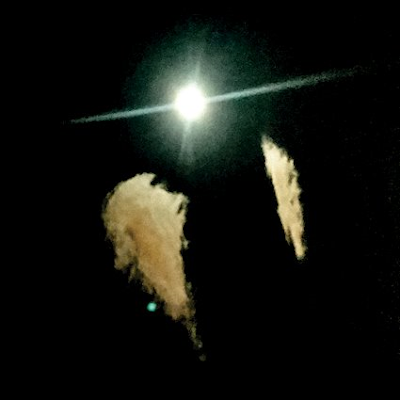 Here is an interring album by Denver based multi instrumentalist Madeline Johnston. She has more of an edge to her lyrics than the dreamy haze of the music she sings in a breathy tone over. Sonically falling somewhere between the slow core of bands like Low and the shoe gazing of the 80s. Not as dark as say Chelsea Wolfe. More like Cat Power on harder drugs. I often complain about bands having more focus on a sound than songs these days, but her sound works with the song. It's a simple drone , but catchy enough to keep my interest. There is a melancholy maze around the sentiments of keeping 2018 the fuck away from her. "Anyone Can Play Guitar" is not a Radiohead cover. It has more of a rock n roll shuffle to it. The guitar is strum with a grunge distortion not unlike many of the indie rock bands from the early 90s who were more rough around the edges than the indie rock of today.

"Vow" breezes past. It might as well have been the intro to the following song. Very minimalist arrangement. "Language" is almost to swept up in the wind of it's own atmosphere to be much of a song, yet stays pleasing to the ears . "C.R.F.W" focusing on what might be sample of a teenage reading from weird social speculation. It sounds like something William S Burroughs might have written, The kinds of tings I pondering when on a bunch of acid. Four and a half minutes later actual music begins to simmer to life. When it does come to life, it's idea of life is a droning pulse rather than creating an actual song. This is on the more experimental side of post -rock. If you smoke a ton of weed I am almost certain you will love this album.


The album closes with "S.W.I.M". This is closer to shoe gaze. A minimal programmed beat. The vocals are draped in effects that set them back into the mix. They still manage to hold melody. This melody is what makes this song work . I will round this down to an 8.5, as it could be more focused on the songs than the drone, but over all the album works for what she tried to accomplish here.  If can see the metal press giving this a nod as she throws the word metal around in describing her sound, but be forewarned if that is why you are interested , there is nothing metal about this. That's ok, there doesn't have to be just have reasonable expectations when you sit down to listen to it. Once again the Flenser proves themselves a label who delivers the goods. Different than their other artists , but she would be at home on a bill with any of her label mates.