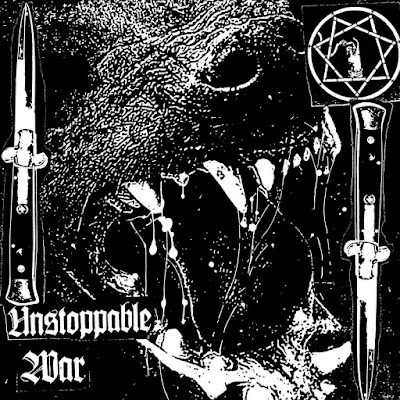 At the end of every year when I am making my end of the year lists I often find myself scrambling to find punk and hardcore that came out that year. Some of it comes naturally to me in the form of bands I already listen or those who garnered a large underground blog buzz over the course of the year. I always tell myself I need to give more new hard core bands a shot through out the year. I am doing this now. I have been listening to hard core since the 80s. I grew up really into bands like the Cro-mags and Agnostic Front. Hard core bands have more of a metal muscle to their sound than punk bands. Like death metal , hard core can become one dimensional when blinded by their aggression . This Belgian band is true to hard core while bringing a metal sound to the table.The first two songs of this album find the band heading toward that ground. The singer's voice might become a sticking point as he is a one trick pony. So it is up to the guitar to hold the weight of the songs. I will say I like the effects they put on the singer's voice to make it less like a taxi drive from New York is yelling at you.

When they hit you straight on with a very simplistic Neanderthal approach to pummeling on "Fever Dreams" they begin to bore me. When the riffs accent their punches in a more hooky fashion on
"Set Yourself Free" things click in place for me. The metallic anger of "Coffin Earth" accomplishes what they set out to do, but what they set out to do was a pretty low bar in the first place. Even with hard core I want to hear a band has their own personality. Take Minor Threat, Black Flag and Murphy's Law play them all back to back and you are going to hear three very distinct personalities. "Eye For an Eye" finds the tempo shift going into the song , but once they step on the gas it begins to sound like the previous song until they go to the stompy section. The most unique thing about this band is the blown out guitar sound that gives the songs a post -apocalyptic feel. Just over a minute "Squalor" is an interlude not a song as it's just guitar.

The las song is darker and more deliberate. Two good things for hard core to have if dynamics are valued and a band seeks to thrive off more than sheet explosiveness. This also gives it more of a metal feel. I will give this album a 7. It's decent hard core if you are just hungry for something new, but the vocals get tiring and this has all been heard before.