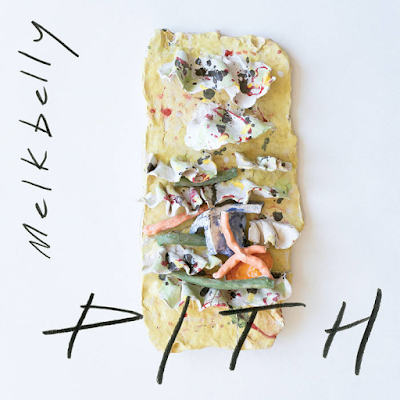 I was reviewing a black metal album and I decided I needed to hear something that did not sound like a dozen other bands. Is this band the most original thing I heard this year ? No, but they do take many familiar sounds and gives them their own spin. This is by all definitions indie rock. The female vocals are melodic yet indifferent. They do bring some sounds from shoe gaze, but never hypnotize you with a sonic drone. Comparatively to most shoe gaze bands this is pop. They do challenge you in places and can beat your ear drums with noise like Sonic Youth. There is some grunge influence, but nothing that conjures say Alice In Chains , think Mudhoney. This is done with catchy indie rock flair on "LCR". I can some Pixies influence on this one.

"Little Bug" is moodier in a more slacker way. I like the way the vocal melody sits on this song. The guitars can build in sonic intensity in enough places to give it more balls than you might suspect a band like this would have. "Humid Heart" finds the band returning to the well with a similar formula they used on the previous song, though perhaps a little more relaxed vibe wise. The burly bass to "Kissing Under Some Bats' gives the song a more angular feel. It's quirky, but not as catchy as the previous songs. The drumming does get more adventurous and the more droning pounding sections do come across as sonically heavy, not heavy metal. They really jam that part out. I can imagine this comes across really well live. There is a more power pop feel to "Season of the Goose". Another song where you can hear the drummer is the most talented member of this band. This is nothing for them to be ashamed of.  "Mr. Coda" does have a heavier mood to it. Production wise this one seems rawer on purpose.

"Stone Your Friends" is marginally more aggressive at it's onset, though this doesn't hook you in as much as they did earlier in the album, resulting in the feeling things are losing some steam.
"Take H20" really doesn't open any doors that have not been cracked earlier in the album. At two and a half minutes they even add a somewhat jammy feel to the second half of the song. "Flatness" ambles with a stoned casualness. I will round this album up to an 8 as I suspect what they do might have to grow on me. Things get mushy in the album's second act , but the playfulness would work well on stage.