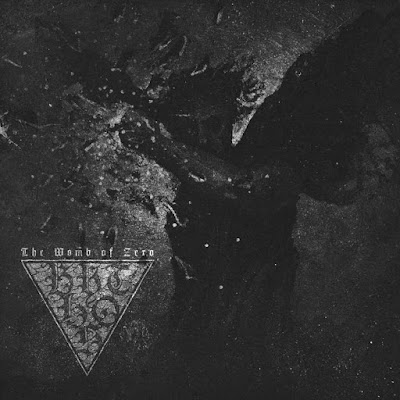 This is not what I think of when it comes to Finnish black metal. It tends to be raw and very blast beaten. Almost punk in it's attitude. This band consists of  members hailing from some of the genre's number one offenders in this regard. These guys have played in Behexen, Sargeist and Horna. The result bears very little resemblance to any of those bands and sounds more Swedish, wit ha tangible Dissection influence present. This is a good thing as the first two songs are very melodic though still very committed to being black metal. It is not until "Sorath the Oppressor" that some of the more feral elements begin to peak out with blast beats bridging sections that are very death metal influenced. No matter what sounds of black metal you are pulling from I think this album makes a very strong argument that it doesn't matter as much as how you put them together and how much you care about writing songs.

With a song like 'Omega Dragon" the Dissection influence becomes even apparent lyrically. The vocals are more rasped. They do include a chanted choir of more sung vocals to haunt the chorus of the songs which add more dark color to the dynamic range of the album.  The production value of the album lends it self to this more melodic sound. The riffing is more nuanced on "Call of the Burning Blood" . Perhaps there has always been this quality of  musicianship and the production was always so lo-fi and raw that you could not make out what was going on . The other option is now they have matured and grown out of that more punk approach of not caring how things sound it has allowed them to realize they can play when they want to. I think the fact they are not playing in a blaze of blast beats also lends itself to having more breathing room to grow.,

More singing shows up on "Hymn to Lucifer" but it sits pretty far back into the mix. It is not until after this song that things begin to default into some of the same old same old. This is not saying it reverts to blast beats, it just feels like things you have already heard on this album and others. This is still well done it just begins to lose some of the freshness it held earlier in the album. The melodies all begin to work off of similar themes . . There is more of a eerie cold ringing to the chords of the last song. I will give this one a 9. I think fans of Finnish black metal whose tastes are maturing will enjoy this. I certainly enjoyed the listens to this I've given this one even if it doesn't make the trek to my iPod as I already have both Dissection and Watain who occupy a similar sonic space. This is being released on Terratur Possessions.