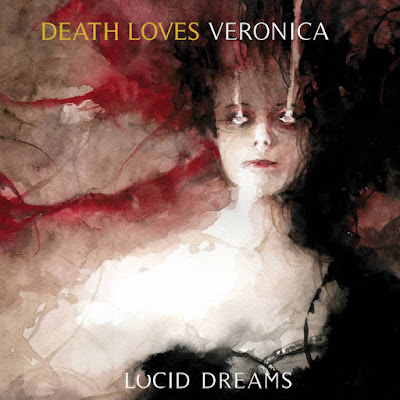 Music is about balance. I have to be careful when setting hard and fast rules in regards to what works for me and what does not. Normally I do not like things that are lo-fi, even when they are that way in order to create a retro 80s feel. This is not an absolute. In this case the emotive and well placed vocals are what balances the more stylistic sound they are going for out. They split the difference as they not only trying to have a sound, but the vocals help out in the songwriting department. There is even more of an electronic vibe going on with the second song. There is some guitar. It is very tinny. The passionate vocals work off accented phrasing more than the singer flexing her pipes. She doesn't have the greatest range , so it is all about where she puts what she does sing.

It takes three songs before it begins to get on my nerves. By the fourth it's the terrible Casio synth sound that makes me flinch. The vocals are really well done, but by this point the music is beginning to sound amateurish. The guitar tone certainly needs some work. If it seems like I am judging them too harshly keep in mind that what is being done here is not much different from early Zola Jesus albums, but Zola Jesus has even stronger vocals and make it work even better. Mood and attitude can still go a long way as the song "Stop" proves. The sounds are layered rather than the kind of compositional dynamics that would have been more easily executed by three people playing actual instruments in a room together. I made similar music to this in 95 in my bed room while doing a shit ton of LSD. "Every Time" finds the songwriting beginning to hit a wall with a lazy drone. If this song has a stronger bass line it might work better.

This is dark wave that I can not hear dancing to. Maybe getting high in the kitchen on a rainy day. The album's strength is the emotive notes hit by the vocals. "You Said Forever" proves this project could be something of significance if given a bigger production budget. Yet in reverse "Witch" proves that when the vocals are not shining as brightly the music might not compensate . The album runs out of gas by the time we get to " Crushed". The song is more of a sound than a solid idea for a song that goes some where. "Dreams" is darker if not THE darkest song on the album which goes a long way with me. I will round this on up to an 8 and that is being generous of me . But if you have not heard  darkness goes a long way with me .