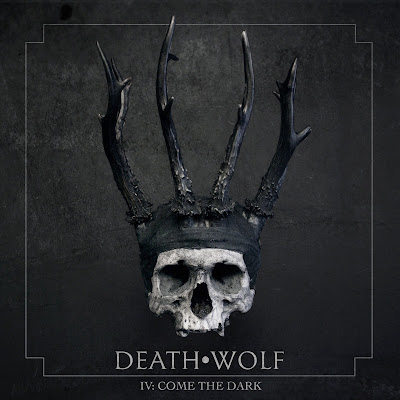 Any time I say this album really surprised me then spoiler alert  that mean I like what I am hearing. I have learned to go into most albums with low expectations to spare me from disappointment. I review so many albums , just think how depressed I would be if I went into every album hoping it was going to be the best thing ever. These guys used to have a more punk slant to their sound , not that has gone more in a thrash direction. The thing that is great about this band however is that they are darker than your average thrash band. It is not until the third song that I hear something that is dark enough to have a goth influence, most of the time they are full chug ahead.

They really have this thrash sound dialed in. The guitar sound is very epic and powerful. The vocals help set them apart , they are exclaimed in a forceful and dramatic fashion. Sometimes he actually sings. They vocals are at least double tracked some times there are more layers. "Funeral Pyre" has a more deliberate pulse that proves to be just as compelling. The chant of the vocals is pretty catchy and the guitars work well with it. The vocals are a little more throaty on "Speak Through Fire". They speed up on the chorus , but for a thrash band they do not prioritize speed. The guitars get more melodic and joined by keyboard on " Serpents Hall" .  It moves a slower mid tempo giving it a darker feel.

I can traces of both Death in June and the Doors on " Into the Woods". It is the first more rock  roll song on here/. I am not sure I would be quick to claim they are a goth band. When they charge back into the straight forward thrash on the song after this it feels a little like a cop out. I do not think it is as catchy as earlier in the album when they did this sort of thing. "Conqueror's Flame" . It is more like an outro than a song as it doesn't build up until midway into the song. Good sounds but not the best song. I will give this album a 9.5, it borders both black metal and thrash due to how dark it is. Practice makes perfect as the 4th time was the charm for them to hit a bulls-eye. Being released on Regain Records.