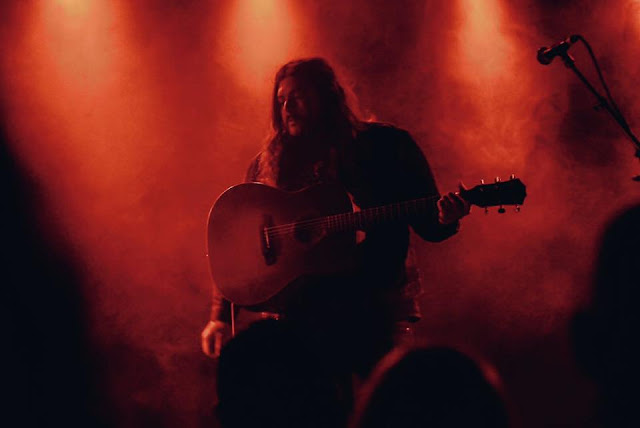 This was one of the first shows in some time where I was excited   to catch all of the bands on the bill . Twin Temple was stage when we walked in to a larger than expected crowd.It was fitting this show was set on the Hell stage of the Masquerade.  Their theatrical performance did not diminish the emphasis on the music. In fact their backing band was formidable, going off into jams when the sequined duo would go into the more ritualistic side of their stage show. The crowd was really into them, especially the climax of the show where the singer went into the crowd to anoint them with blood. 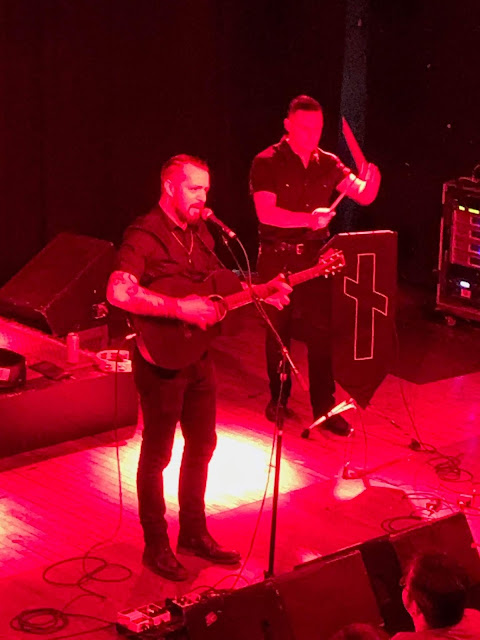 King Dude took the stage  and announced that he had come to ruin our evening by singing the saddest songs he could think of.  He was accompanied by a percussionist playing a pad of triggered drum samples. He was very engaging with the audience. When he could not hear himself in the monitors he said “It’s because I am deaf from playing all this acoustic music” . He played a little from each album some of the highlights were a darker version of “ Spiders In Her Hair , “Witch’s Hammer “ and “Jesus in the Courtyard”. When he let the audience pick the song it was  “Lucifer’s The Light of the World “ that won by virtue of girl who requested it being hot. He had to shame someone for yelling “Free Bird”. At several points in the set he brought up the fact he was tired from driving a long way, but then suggested they go out to the Clairmont after the show, which in fact after hanging out after the show proved to be a plan that was set in motion. His voice sounded great and I appreciate the fact that he does not try to replicate the album versions  of songs. 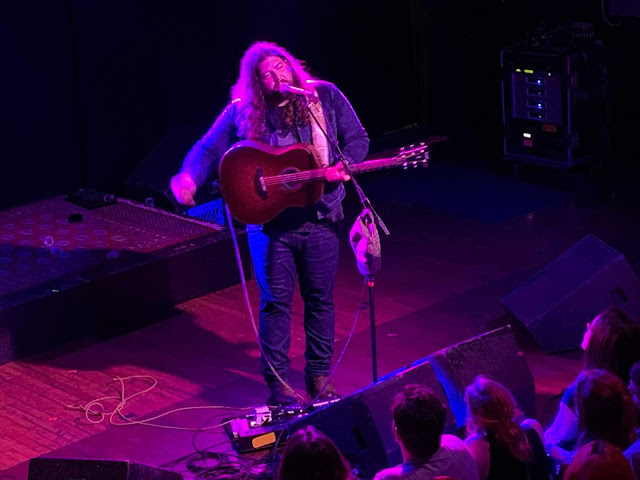 Danny came on and began talking about depression and how it was something he learned to live with and not see as a flaw. He also pointed out that the set list was written on the back of the dozen shot glasses on the drum riser and he would drink one before playing the song. He opened with “Cocaine and Abel” . Half of his set consisted of songs from “Everything is Fine”  <>Earlier in the set he played a cover of Tom Jones “Delilah”  and then worked in snippets of Carrie Underwood’s “ Before He Cheats” along with pop songs “Old Town Road” and “Pony”. He talked about when he was in high-school is listened to everything from harsh noise to pop, adding he was really into Meatloaf. Apparently this made him less than popular. But in defense of pop music for what it is , which is fun, he compared it to a water slide saying” A water slide is not art , it is just fun”. He said there should not be guilty pleasures you just listen to what you like.  Given my professed love for the likes of Miley Cyrus and Taylor Swift I can appreciate those sentiments. 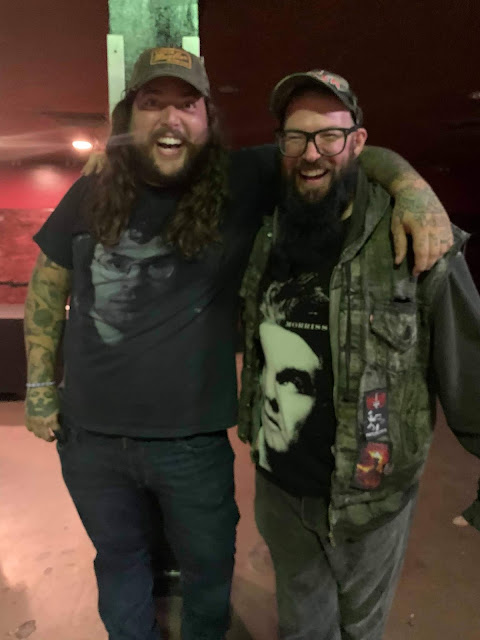 The covers did not stop there, he also played “All Star” by Smash Mouth, the audience  sang in unison, as he played along before going into “Husband” . Before the encore he played around with the chorus to Slayer’s “Angel of Death” , just the chorus because he said the verses are sketchy as well as Dio’s “Holy Diver”. When it came to encores , Danny said he hates them so  walked to the other end of the stage and walked back to the mic . All of the acts gushed about the camaraderie on tour. Kind Dude even said from the stage he would like for it not end and move in with them. It was a refreshing juxtaposition to see artists playing dark and depressing music who did not take themselves so seriously. 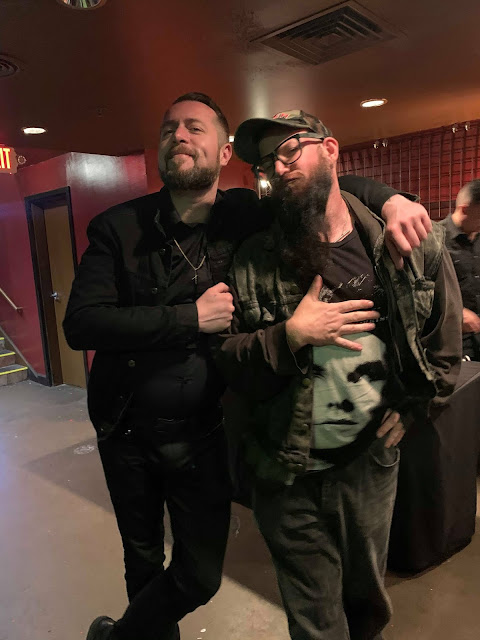 My girlfriend put this show in her top three of all time. I’ve seen David Bowie, Pink Floyd and Motorhead , so that is a pretty high bar. I can say this might go in my top three most engaging and honest exchanges with the audience. As stripped down as a show could be.  If this tour comes through your town, do not miss it. I never recommend something as strongly as I will tell you to make sure you catch this show. I am guessing you at least have a passing interest in these acts or you would have clicked on this review so there you go.
Posted by Wilcifer at 9:00 AM