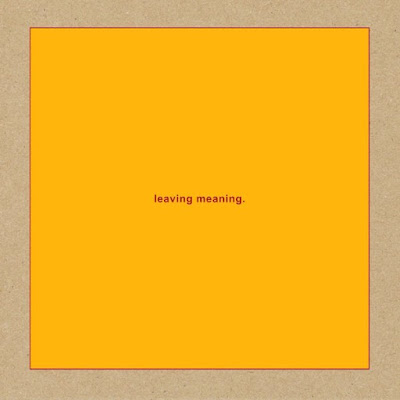 This album was somewhat released in demo form as "What is This" . The proper versions prove to be much more refined and atmospheric. "Annaline" being the first proper song and more nuanced of a recording . His vocals sounded good on the previous version , but even more emotive here and proving that Micheal Gira is a great singer when he sets his mind to it. There has been a more chanting and rowdy version of him on many of the albums the band has released in the past decade.This proper recording revels in the shadows of the groove to "the Hanging Man". His vocals s have less of a raw punk thing to them. It drones not unlike the rest of the offering of the past decade and his crazy preacher vibe is a little more melodic than on say "the Seer".

This version of "Amnesia " is darker and lush with choral vocals courtesy of Anna Von Hausswolff. The title track has jazz underpinnings thanks to the piano underneath the pulse of the song. The one long term member of the band in this in carnation is pedal steel player " Kristof  Hahn. Bass player Yoyo Rohm is pretty fitting addition as he has been in the New York avant garde circles .  'Sunfucker" works off more of a drone with varied layers of sonics and bells providing the dynamics. If you are really high and play this loud enough I am sure it is mind blowing. Midway into the songs things get really weird before catching an awesome groove. I was not expecting the female vocals to come in. The lyrics are creepy enough to accompany the David Lynch like mood of "Cathedrals of Heaven". The crowd funding must have paid off because this album is so well recorded it had me thinking the bells leading into the "Nub" were coming from outside my house. Female vocals handle this song. It is like free jazz in heroin hell. I am very pleased with how dark this album is .

There is great sonic depth to the atmosphere of "It's Coming It's Real". The silky smoothness of  Gira's voice recalls the more classic 90s sound. There is a weird rock n roll sound to "Some New Things". This is countered by the drone of the song. There is a hint of 50's pop to "What is This". It is however bathed in weird ambiance. There is a swaying drone to the last song "Phantom Limb" another song where we heard the demo and this version is a more polished and fleshed vision.  I will give this album a 9.5 as the last two song indulge more in droning an weird than songs. It's still a great turn of events and upholds the band's legacy , which is a pretty high bar.