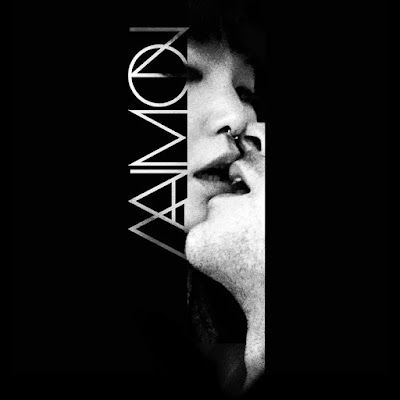 Continuing to delve into all things dark, I found a gold mine of them from Artoffact Records. Only is Los Angeles does a project call itself witch house when it is dark wave. Granted a more modern take on darkwave with touches of industrial in the blown out manner in which is thumps. The vocals have little in the way of effects on the, Males vocals are dead pan chanted and the lighter female vocals add sex appeal. Not the most prolific  as this EP is two songs and then the respective re-mix of each song. It sounds like there could be real drums in places on the second song. The female vocals lead into this song. There is a tension and they are dark enough for me.

if I sound skeptical it is more due to the fact that aside from Christian Death  and the Doors I tend to be skeptical of the sincerity of anything coming from LA. I have good reason to. Slayer were not satanists and then Jane's Addiction ended up going Vegas.  The beat to this song is better than the vocals . I am guessing that means I would be even less impressed with the remix. I often rail against having a sound more than songs. For this kind of music it is almost expected and they do fuck with the dark wave formula and bring it into 2019, so that is something. There might  be a shift in the groove to the remix of the title track. The last track is the most noticeable difference. Both of the remixes lend themselves to fading in the background and not holding my attention though very cinematic.

The first version of the title track is the strongest, though I appreciate the groove of the remix, I think it will appeal to the current trend of synth wave listeners and introduce them to more industrial tinged sounds.  I think an 8.5 is generous for this ep. I wish there was more of what I heard on the first song. They have potential if they continue down that path.