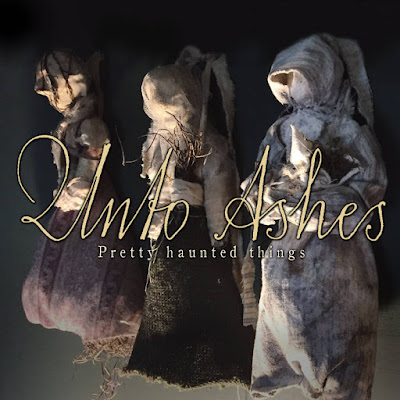 I am not sure how this album slipped by me. I will say Projekt Records you are missing the boat by not keeping me in the loop. For Gothtober I am trying to capture a snap shot of all the many shades of goth. Neo folk being one of the those. The obvious choice for goth neo- folk is Death In June. Second choice is this band. With Rome coming in 3rd place. The first song is very strong with a more Psychic Tv vibe in the ambiance. Edgar Allen Poe contributes the lyrics to "Alone" which is goth as fuck . Maybe goth to the 3rd power considering he is dead. I hope even if you are a millennial and consider your self goth I do not have to explain who Poe is. No mansplaining here, I once went on a date with girl who asked who David Bowie was, I got up and left, had to ...go walk my cats. As a song the Poe thing is ok, but the first song is still the strongest  so far and the bar to measure this album by.

"Too High" confused me as lyrically I can not tell what context high is being used like one toke over the line or up in the air, maybe both. I like the percussion of  their cover of Gary Numan's "Dying Machine" .  It gives the album the needed dynamic shift.  "For My Funeral" doesn't hold up as well as the song is more disjointed without a melody strong enough to keep it together. The more neo element of the folk to "Intertwined" works much better. "White Noise" is more like an interlude than a song. After a piano interlude there is a proper folk song in "Don't Ask me If I'm Crazy" it is a good balance of what they do with a darker tone.  "Fall Leaves" is more of what one might expect when they hear the term neo-fok. The harmony vocals give it more depth.

The album ends with an anti -climactic strum of acoustic guitar. I will round this up to an 8.5. It is a solid album from a genre that can wander too far out into the woods and become hippie background music. The vocals are focused and the sound is fleshed out. That is not to say it is all sound no songs because they songs engage you in the way I would expect from this sort of thing. They are much less ominous than Death In June and that is ok, the vocals here are more emotive. If you are a fan of neo folk I do not have to sell you on this one. 8.4
Posted by Wilcifer at 8:59 PM