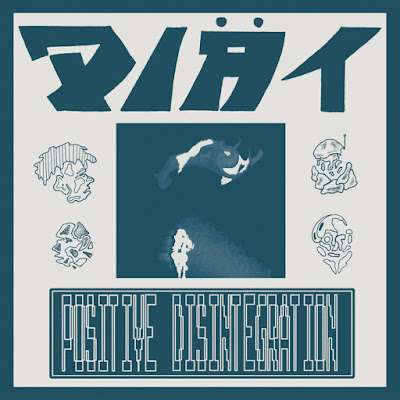 This album came out back in February and just now catching up on the under the radar releases.This album may not be as spooky or dark as some, but it plays off the eeriness of isolating in public .  If the Velvet Underground decided to jam with the Doors in a New York hipster art studio , the results might be much like what is going on here. The vocals are more spoken than sung. The bass like lulls you into it's slither. The second song works off  higher energy. The third song finds oddball electronics marching this more angular song around. I begin to notice the political nature of the lyrics on this one. The weirdness continues on "Disintegrate" it is just darker in it's drone.  Noisy and droning "Dogshit" finds the punk side of this project continuing to claim it's dominance. There is however still an electronic thump under the feedback. The vocals stay pretty dead pan.

Midway  into the album the political lyrics begin to bore me. Punk bands tend to stick to metaphor since they do not really know what they are talking about unless they are Bad Religion.  The emphasis in placed more on attitude with '"Only My Own". The pace becomes more of a brisk skip. There is more of a rock n roll feel here. The guitar is more melodic. The lyrics shift into a more personal tone and it really pays off to capturing more honest emotion. The vocals shift into singing rather than the monotone chant that colors most of this album. There is a darker almost new wave feel to the last song which encapsulates what post punk should sound like. Though I am open to some melodic embellishments.

The album shows it's potential and has great moments. The vocals can get a little boring and are not aided by even more boring lyrics. I see people bitching everyday on Facebook, so if you are going to do that it needs to be nihilism and about burning the world down rather than the more mundane. I will give this album and 8.5 as it works more than it doesn't. I know this will be on some folks end of the year lists , but not mine, however I enjoyed listening to it not sure if it would get a ton of play in my iPod.