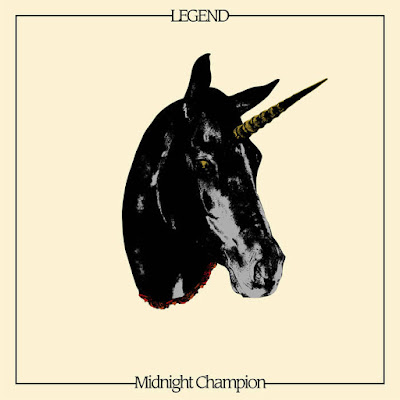 Imagine if their was a entire album inspired by the "Cry Little Sister" song from Lost Boys . Your dreams have come true. The world slept on this 2017 album that an internet wormhole took me to. The vocals are fucking spot on . They blend dark wave rock. In some ways it makes me think of if the band Blue October actually dressed up for Halloween and became a goth band. Who knew this much goth was coming out of Iceland?  When they commit to the more electronic elements they kill it. The song "Time to Suffer" is incredible. It is better than the less inspired Depeche Mode like ballads. Which do not suck they just can not compare to when they are more in your face. The groove to "Captive" continues to prove my point in regards to what is their strong suit.

The title track proves they can go into more down tempo moments , though there is enough of a dynamic shift to make it worthwhile. "Scars" finds even the vocals getting more aggressive . This owes more to 90s rock than metal, but is effective. "Liquid Rust" leans more into the electronic side of the band that I compared to Depeche Mode earlier. I think they are just doing a better job with it this time s it is moody , but not a ballad. Crunchy power chords do bubble up in time. More of an electronic pulse is summoned for "Gravestone". Vocally it is more subdued, though more melodramatic and reminds of H.I.M more than Depeche Mode. The melody is silky smooth.

They hold fast to the more electronic side of what they do with the closing track "Children of the Elements". The beat is more powerful than the previous song. Not industrial but influenced by perhaps.  The vocals are more in a Depeche Mode direction again. Builds into something like the harder alt rock moments of the 90s , before crossing over into metal. I will give this album a 9, it's unexpected and worth your time if you miss the darker moments of 90s mainstream rock.