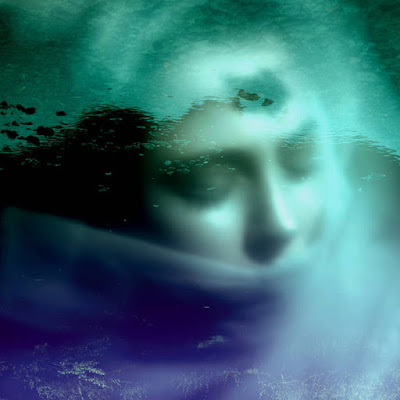 Meant to check this album out last year but it got lost in the shuffle so here we are. more dark wave than post-punk, which is a good thing as it has a groove you can dance to. This is the Icelandic goth project's 3rd album. They dig up all the old 80s sounds. It is also suitable lo fi. The drum machines are probably fruity loops patches , but the have the machine like precision of 1982. The darkest element is how the vocal are layered with witchy whispering in the corners of the songs. "Skuggadans" gets more peppy. The whispering vocals are still there to keep the creep in the corner of your eye. The song after it however is more like your average cold wave retro fare. When the vocals join in for a chant it's the best part of the song.

When they back off and allow melody to breathe then it works best. With projects like this it is easy for them to get into the syndrome I complain about where they capture a great sound , but do not write great songs. I have heard evidence they are capable of writing decent songs. Would I prefer better production ? Sure, but I get what they are going for . They are pretty successful at this. The more organic bass lines that sound like they could have been played by an actual bass being the better moments.  Sometimes the results are more mixed than others. The more Bjork like voice being the better approach than the child like one that sounds almost like Yolandi. The atmosphere they create does make up for some of the more predictable moments.

One of the album's darkest moments is the title track. The vocals are the childish one, but they emerge from veil of reverb. It is very sluggish tempo wise and with a stronger beat might have been more effective, though it sounds like it might be real drums. I will give this album an 8. The inconsistent emlodies and obligatory production the only thing holding it back. They have a great sound and mood for what they are doing and the dark under current of the whispering helps them stand out from the pack.