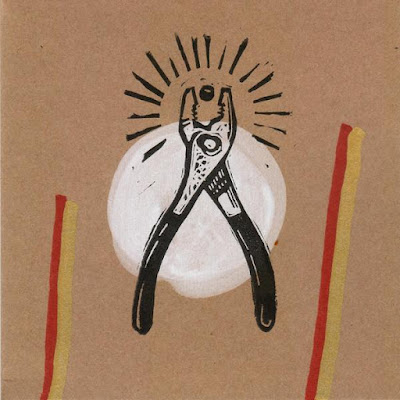 This came out earlier this year . Came out in the sense these demos are part of a fundraising effort to get the actual recording of the real album coming out later this month financed,The thing about the reunion albums that has not struck me as perfect was Gira's singing lacked the melodic subtleties  and it sometimes sounded like he was just ranting. I know these are just demos so only a peek into what might come but I am happy he back to singing in the manner of what I think of as the golden years of this band. if Iggy Pop's mind what in Lou Reeds body the droning rowdiness of "Hanging Man" would be the result. "Amnesia" is a decent compromise between the two styles.

"The Nub" is darker and has droning female vocals with a sexual undercurrent to them . I think this could be great fully fleshed with more layers. I could even work along the lines of "Killing For Company" . " Cathedrals of Heaven " finds a drone blues thing going on . Gira allows his voice to go into the more resonate baritone. These are demos so perhaps these are just the initial ideas for the songs, but the songwriting seems to me more primitive than what they used to do. The lyrics to this one do seem more thought out. The vocal melodies are not as compelling . In the raw acoustic form these songs are like a more sonic take on folk music. Gira uses the weirder higher register that is a little more punk. The guitar holds a static tension with a chord in similar manner to what he does at louder volumes.

There is more emphasis place on song writing when it comes to " What is This" . There is the same drone folk vibe. "Phantom Limb" is more avant folk than drone as the song goes places while staying the same and recalling their more classic sound."Annaline" lingers with a minimal arrangement leavings most of the emphasis on his vocals . For a demo the vocals on this album sound great. I will round this one up to a 9 . Imagine the real version of these dogs can only better.