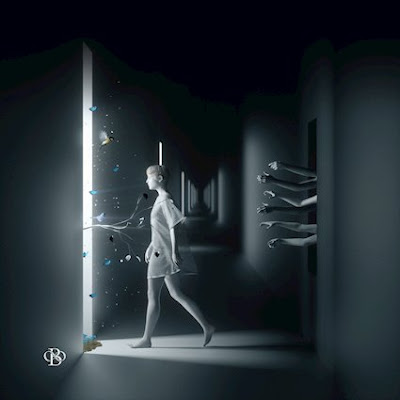 I really love those Punk Goes Pop compilation albums , where Myspace emo bands cover mainstream pop songs. This band is like the culmination of those. Anyone with ears  can hear with this album how pop and djent are next door neighbors. I like this guys voice, but I also like pop music. I consider this a pop album that happens to have a metal production quality to the guitars.This demands as much head banging as the last Justin Bieber album. For a pop album this is ok. I do not like the turn to a more Bruno Mars like sound on "Find Forever" as I think it loses what makes these guys work. Perhaps they are trying to jump on more of a Panic at the Disco style. If you do not think they are going to jump on the first bandwagon that passes then you are delusional.

"Tapping Out " almost works perfectly with it's hooks and groove under they go into harder vocals which at this point is like fucking some dude in the ass for an hour then he tells you he actually straight.It is hard to take that seriously. When they fully commit it's fine and honest in fact the novelty of hearing this kind of music performed with actual instruments is novel enough. By "Without You" if it was not for the more rap flavored delivery then I might not be able to tell this song from the others. "Rain" is a fitting title as it begins to feel like they are just treading water and stuck in a place we have been in for the first 5 songs. They also show the bridge between nu-metal and djent at several times on this album though one of the pronounced moments is on "Second Best". If Incubus still tried to fool themselves into being a rock band the results might be similar.

The drumming and the time signatures suggest that these guys might be into proggy metal as they pulls off everything really well and I am sure they are impressive live. Lyrically vapid in a way that is more fun in the more r&b places. Not all of the hooks are flawless as I think they could be should they buckle down and really fine tune the songs, the execution is so dead serious and spot on they get away with it. "Flexin" sounds like a harder groovin Justin Timberlake. "No Problem" doesn't work as well, though it doesn't suck. The ballad that follows this is pretty uninspired and doesn't play to any of their strengths. I will give this album a 9 as it continues to grow on me.