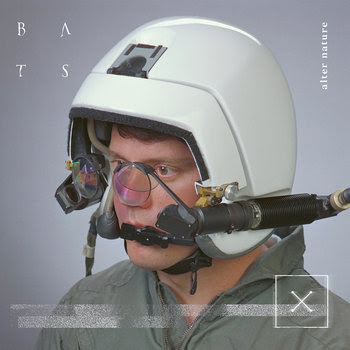 This Irish post punk band has returned after 7 years with it's 3rd album. When we say post punk in regard to these guys this is not mere Joy Division worship instead we have tense angular math rock that is dissonant . Sometimes darker than others. The lyrics a grim, leaning into sci-fi and horror. The drummer is pretty adventurous and they are prepared to bash into everything with the power of an Amp Rep band. The vocals are like a more monotone version of Brain from Placebo. They are frenetic like a punk band but bob and weave in various tempos. The vocals are often layered with yells and screams. "Christian Science " works of a sinewy groove. You can bob your head to it , but not dance. Things get darker for "the Call of Cthulhu" . The lyrics are pulled directly from Lovecraft's writing.  The melodies are often sing song chants.

I had to return to "Old Hitler" a few times before paying attention to it. There is a groove to it. The vocals are more understated. "In the Court of the K RISPR King" is not a King Crimson cover. The vocals are smooth and the frantic nature of the song is well contrasted .  There is a more aggressive tension to "Ergot".  The tempo picks up to more of a almost metal intensity.  The syncopation is very taunt as their chug carries weight.  "Dyson Sphere" runs off of it's energy generated by the momentum of an album that has not really let up since the first song. It bounces with the same force propelling a great deal of what has gone down so far and gets even more aggressive as it progresses.  This carries over into "Family Planning" that follows. It is more about the tension than the explosion.

"Current Affairs" has vocals that are more screamed going into it, thus setting the tone for something more punk. If you consider Fugazi punk then this could very well be punk too. This is not the first riff I have heard on this album and thought it was heading in a more metallic Mastodon like direction. I will give this album a 9.5, its still growing on me, there is a lot going on but I like all of it.