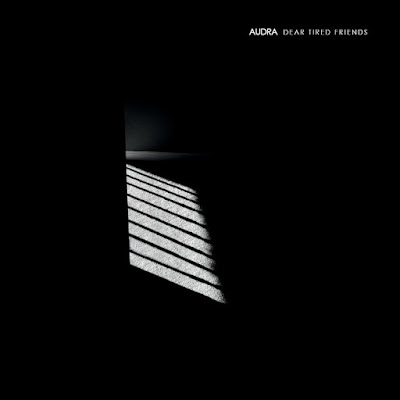 The bands first album in 10 years finds them picking up not far from where they left off while still sounding like they are from the 90s .  Blending melody with sonic tension they deliver pretty much everything you might want from the darker side of post-punk. There are some surprising in the compositions as melodic break downs in the middle of the song. His voice is very smooth. It's a baritone , but not stiff and capable of employing varied dynamics. The bass line to "Wish No Harm" is more predictable leaving the ebb and flow of the vocals to carry most of the song's weight.  Not reinventing the wheel, but very good at what they are doing. It is when the band breaks away from what l feel  is their strength on "Another Fallen Petal" which has more of a U2 thing going on

. When they employ a strum on "Drinking Yourself to Sleep" it feels more like The Church. Not their most compelling song, but Like it more than the previous one. "Sunglass" feels like "Something I Will Never Have" in the atmosphere more than the melody, though the piano line is similar. Mike Portfleet of Lycia is on the song "Planet of Me". I might be the album's most goth moment. Certainly one of the darkest moments.  "Sliding Under Cars" sounds like Neil Diamond jamming with a more upbeat late 80s Killing Joke. There is a more modern indie rock feel to "Fireflies". Distorted guitar is not their thing. The synths play melodies that sound like they would be Cure guitar lines and that is one of the songs coolest elements. Though I appreciate the post punk like tension here.

"1987" is kind of bland and sound like Crash Test Dummies with higher vocals . They begin to lose their darker touch at this juncture in the album and it begins to fall flat on me. I can hear a little The The influence on "Falling". It really sounds like any mid 90s mainstream pop rock song.  I will round this down to a  7.5, as though there are songs I like on this some of the ballads and happier moments did little for me.