Sixx A.M :"Prayers For the Damned" 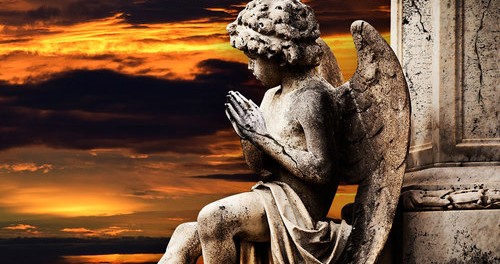 I still like the "Motley Crue" album with John Corabi on it and growing up the Crue was one of my favorite bands, though we parted ways when Dr. Feelgood came out and I still think that album is a little too happy for me. So I shameless will review this album even though I don't listen to much modern radio oriented rock, when I do it seems to be written with a team of marketing consultants who have done test studies and demographic research. Studies have proven to Nikki Sixx that Muse and Shinedown are safe bets when writing music that will make it onto today's limited rock radio. Granted middle of the road mainstream rock with harder leanings is a narrower path.There is not middle ground when it comes to metal, you are either heavier than Lamb of God or you are not. Sure Ghost slipped through the cracks, but their window dressing allows them to be more of an oddity. If they played in jeans and t-shirts rather than hooded robes not so much.  When I heard this band's first album back in 2008, it seemed more original. Some of these songs are well written and catchy, "Sick" the first one to be catchy enough to compete with "Life is Beautiful". There is a similar dynamic at work on the title track.

For what this is they are certainly doing it well and I buy it way more from these guys than I do Avenged Sevenfold. The heavy is heavy handed. They back off their version of the more balls to the wall rock for the not quite a ballad emoting of "Better Man". James Michael's voice certainly gets the job done, their first album was the only one I have really given a fuck about , and he doesn't really have any new tricks in his bag , though he might be smoother and slickers shooting for radio play rather taking risks as a singer.They get a little heavier on "Can't Stop", it's a more energetic performance than james normally gives.The turnaround after the chorus is a silly to me and it almost borders on nu-metal. I wasn't expecting a song titled "When We Were Gods " to be a whiny ballad even if it has a darker undercoating. The very fact that James can try to sing in a Muse like styling proves he has some pipes and this song does get heavier, so it's a dark whiny power ballad. Sixx lays down more of groove than he has in sometime on "Belly of the Beast" which is both bluesy and electronic.It's actually one of the album's best songs. The continue to try to play their version of metal on "Everything Went to Hell" which is more in the Avenged Sevenfold realm of the genre.The band knows which side of the iTunes chart their bread is buttered on as they lean more towards hard rock on this album than they did even on the first.


The Last song, isn't bad it just didn't grab me and sounded like 30 Seconds to Mars jamming with Muse. It's pretentious, but that is what they were going for and has way more ambition in this song than Motley Crue does in their entire discography, though they do not rock as hard as anything from the first two Crue albums, not matter how many layers of processed guitar they slather on this mix. Of course this album sounds great and is masterfully produced, their singer is a producer. I'll give this one an 8, because it's on point and well executed, not always my thing due to the fact my idea of what is heavy has the bar raised a lot higher than this.