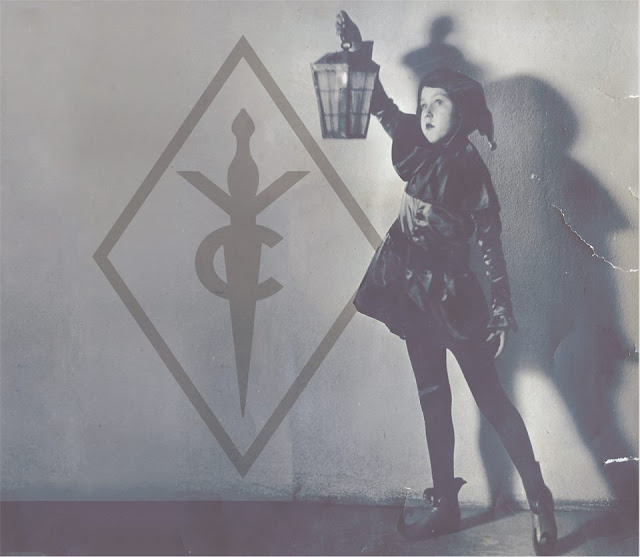 Normally when I review an album I sit down at my laptop with ear buds and start typing as I listen to it for the first time. I could not wait to hear this album so listened to it before I got home so it won't be a track by track journey into it as most of my reviews are, but you are more than likely tired of reading them in that format anyway so lets jump into it. Production wise things have stepped up another level along with the song writing. After a melodic and perhaps dramatic synth intro the kick into the first proper song which kicks more like a rock song energetically than your typical industrial. Unlike your typical industrial there is not an obligatory layer of 90s thrash metal guitar over it. The synths are capable of summoning their own heft. This is in no way saying that there is not metal influence in place or this album isn't heavy. Ben from Goatwhore lends his snarl to the title track. It's interesting as he is not doing anything different from his normal delivery, but it's over a bunch of hammering synths.

Things get more dynamic on "the Dust of Fallen Rome" which was the first single off this that you might have caught on a few websites that ran it. There is a harmonizer effect on Sara Taylor's vocals that create the illusion of actual singing. Realistically she is sticking to the same staccato yell that is sometimes for robotic than other times. Through out this album, I was listening to she if and when she would vary what she does and tried to discern just how versatile a vocalist she is or isn't. Her approach is not as varied as Ogre's . She goes into a little lower sneer on "Anagnorisis", riding the the dark nasty groove. Some times her chants are layered to add a layer of intensity. Their drum programming has really improved and is as hammering as any metal album you might want. "Doghead" is the first song that I can really hear thumping in the current climate of goth night. It's the most straight forward, but sonically well layered toward the end. 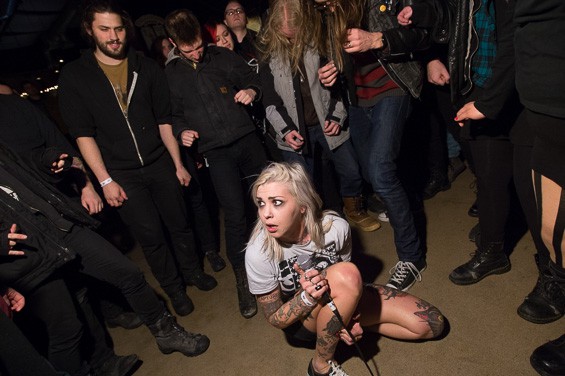 The album's third act finds it really getting darker. The sample that leads into "Glass Spitter" collides with a pretty menacing throb. Things ebb down a little for "Lacerate Wildly", ...catch the little wink they give the Smiths there. She is talking more than yelling, in fact she drops down into a almost whispered hiss. The slithering groove have a little bit of Reznor to them, but that's fine with me since they sound good. They pick back up to a more militant dance floor terrorism soon enough. There is a pretty rabid pulse to to "Avengement" , but this sonic real estate I heard back in the late 90s. These kids are great at paying homage to it without being intentionally lo-fi in order to recreate some one else's sound. Things get both darker and more intense of "Shift of Dismay" which is the first song to have the chug of guitar. She screams at you that it's like a car crash and you can only assume she means these beats that are flogging you.

The end on what might be the most personal and emotional note. While the lyrics are not obscured by effect or screaming they don't always slap you in the face. While he vocal approach to "Lost at Sea" starts off more like spoken word and the song is more narcotic in it's pacing, things do build into a more emotional intensity on the " I'm moving backwards for you" part . I'll easily round this one up to a 10, I have already gotten a good deal of play out of it before I sat down to write any of this. These kids are the real deal and not just hipsters playing dress up.