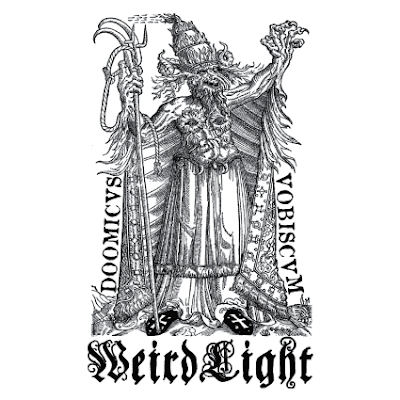 The hunger for doom strikes me at the oddest times prompting me to give this French band a shot. They play a more traditional Sabbath worshipping brand with clean retro vocals that have a Pallbearer like honesty to them. The band's weakness is the album's production as it lack any bass and there fore lack the balls needed to convince me this has the weight of heaviness. Declared as the best French doom, I suppose that bar is pretty low. With the bottom end so lacking even the more well executed riffs don't have what it takes to really convince me. I like how the vocals are layered on the second track and truth be told the vocals are really what keeps this thing afloat. If you are not a fan of actual singing then you will have to part ways with these guys here. The question is can the vocals alone keep things interesting for the span of a 14 minute song. While they are doom, they do not move at a funereal doom crawl.

Even though this is a post-humous collection of songs they flow together like it all should be one solid album.The atmosphere in the middle section helps spook things out. The drums needed a little more love in post- production the snare sounds like Lars Ulrich tuned it. "Conspiracy of the Dead" is not as long as the previous and has Bela Lugosi sample. It's slower and bluesy with more of a Sabbath feel. The vocals go a little lower and work well with the guitar. "Stare in the Dark" feel a little more strained and though the song is darker it doesn't have the same confidence in it's construction. Even when it speeds up into more of a boogie and the guitar solo comes in something just isn't clicking for me. I know this is just their demo and they couldn't get it together to put out a proper album, for it is I think a 6.5 is generous. Interested to hear if the singer does anything else in the future. France you guys normally bring it when it comes to metal so step up your doom game.